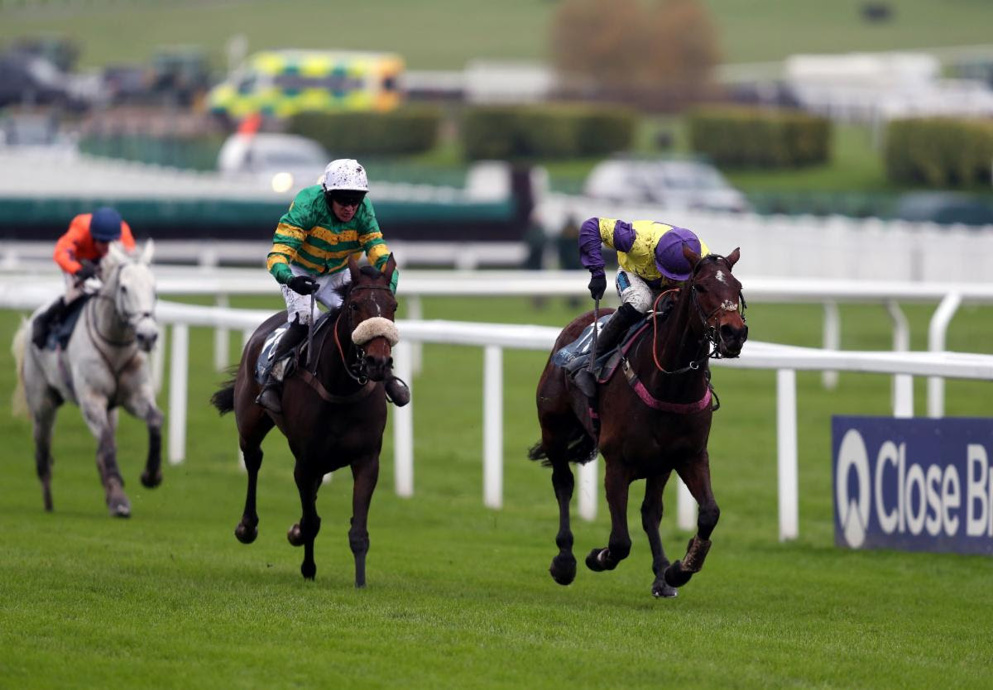 There are three bets for today’s racing at Cheltenham.

CHEDDLETON (1 point win bet at 5/1), a bumper and dual hurdles winner, enjoyed a promising first season over the larger obstacles by winning two of his four starts by a combined distance of over 15-lengths. He ended the year with a heavy defeat when upped in class for the Grade 2 Kingmaker Novices’ Chase at Warwick but made a very respectable seasonal reappearance at Carlisle last month. He was beaten by just two lengths that day and is entitled to have come on for the run. The stiff nature of Cheltenham will be in his favour and he should go well on his handicap debut. Frero Banbou and Editeur Du Gite are the biggest dangers.

FUSIL RAFFLES (NAP – 1 point win bet at 6/1) brings plenty of class and a high level of form to this race and is the one to beat. With entries in the King George and Ryanair Chase, it’d be no surprise to see this Grade 1-winning hurdler use this as a stepping stone to bigger targets later in the season. He arrives with the advantage of proven course form having won twice before here (including over today’s extended 2m4f trip) as well as a rock-solid placed effort behind Chantry House in the Grade 1 Marsh Novices’ Chase at the Festival back in March. Second to Bravemansgame on his seasonal reappearance in October, he landed the Grade 2 Charlie Hall Chase at Wetherby when last seen, albeit in fortunate circumstances. Everything looks in his favour today and Nicky Henderson’s improving six-year-old can outclass his rivals and land this prestigious handicap. Silver Hallmark, a Grade 2 novice winner last season, and Midnight Shadow, a winner here last time out, complete the shortlist.

A wide-open renewal of the International Hurdle can go to GUARD YOUR DREAMS (1 point win bet at 5/1) for the Twiston-Davies team. An impressive winner at Sandown in January, this young hurdler went on to run well in defeat in his next three starts, including when third to My Drogo in the Grade 1 Mersey Novices Hurdle at Aintree in April. He returned with a comfortable win in a lower grade here at Cheltenham in October and wasn’t disgraced behind Buzz and Song For Someone at Ascot last time out. The drop back in trip isn’t an obvious move, so any rain would be in his favour. However, this isn’t the strongest line up and I expect him to be strong at the finish. Ballyadam, the mount of the excellent Rachael Blackmore, is feared most.