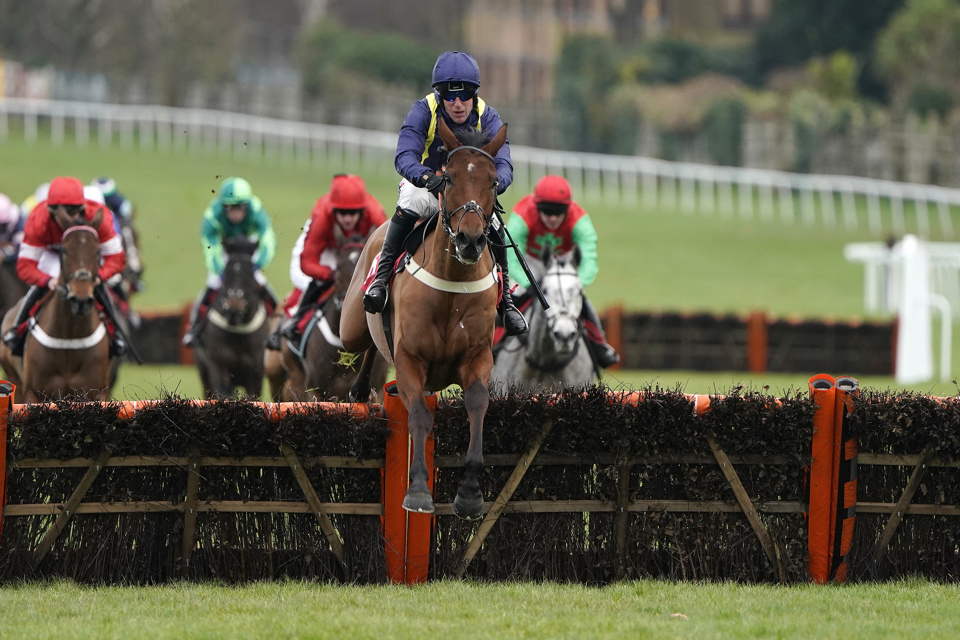 Steve Chambers takes an in-depth look at the Tolworth Novices' Hurdle, which is the first Grade 1 of 2020 and will be the feature at Sandown Park this weekend...

Colin Tizzard has won two of the last three renewals of the Tolworth Novices' Hurdle, and he saddles Fiddlerontheroof in this year's renewal, as he attempts to keep up his fine recent record in the race.

A facile seven-length winner of a class three event at Sandown last month in heavy going, Fiddlerontheroof was given quotes of 33/1 for the Supreme Novices' Hurdle at the Cheltenham Festival in the aftermath of his bludgeoning victory over course and distance, but he will face a much stiffer assignment in Saturday's contest, and Tizzard will feel that his six-year-old will need to be thereabouts if he is to be considered a potential Festival contender.

Noland (2006) and Summerville Boy (2018) have been the two horses to complete the coveted Tolworth/Supreme double since the turn of century, but while Fiddlerontheroof only got his head in front for the first time last month, he has some smart form on his CV this campaign.

Second to Ballymore Novices' Hurdle ante-post favourite Thyme Hill in the Persian War Novices' Hurdle at Chepstow, Fiddlerontheroof was then touched off by Edwardstone at Wincanton, but his fine win at Sandown last time out suggests there's a lot more to come over timber, and he could be the one they all have to beat.

Nicky Henderson has won this race four times in the last nine years, and the master of Seven Barrows will unleash the hat-trick-seeking Son Of Camas, who won a brace of races in November and is currently trading as a 28/1 chance for the Supreme in March.

Driven out to win by a length on his last outing, Son Of Camas may not have left such a lasting impression as Fiddlerontheroof had on his last start, but the five-year-old son of Creachadoir is significantly on the upgrade and is entitled to take his place in a field awash with potential.

Hang In There has improved immeasurably since switching to Emma Lavelle's yard, and back-to-back wins will see the son of Yeats line up as a premier challenger in this year's Tolworth at Sandown. A comfortable seven-length win at Exeter was followed with a superb victory in the Grade 2 Supreme Novices' Hurdle Trial at Cheltenham in November, and that Prestbury Park win earned him quotes of 33/1 for the Supreme.

Beating Pacify by three lengths that day under Adam Wedge, Hang In There will be ridden by Aidan Coleman on Saturday, but while stamina could prove to be his finest attribute in time, he could play a notable role in proceedings at the weekend, and is another proven class act.

What a difference six weeks makes! Having got no further than the first on his debut for @ELavelleracing at Exeter last month, Hang In There's transformation is complete.

Fergal O'Brien's Silver Hallmark is the other last-time-out winner in the field, and he will aim to build on his four-length win over Mcfabulous at Chepstow in November, while Paul Nicholls is bidding to win this race for the first time since 2008, when Breedsbreeze was successful in this race, and the Ditcheat handler saddles Calva D'auge.

A winner on his British debut at Plumpton, Calva D'auge was second in Listed company at Haydock a couple of months ago, so he will have to improve on that performance to strike here, but the fact that Nicholls has won this race four times before means it's tough to avoid anything he saddles here.

Gavin Cromwell's Jeremys Flame is the sole mare in the race, and she was a runner-up in Listed company at Newbury on her last outing, so needs more, while the septet is completed by the Amy Murphy-trained Logan Rocks, who only has a maiden hurdle victory to his name, and looks to face an uphill battle.

A race jam-packed with potential, Tizzard's exciting valuable purchase Fiddlerontheroof could be the one open to more progression as we head into the second half of the season, and he can continue on his progression in the novice hurdle ranks and claim victory in Saturday's renewal.