Top 10 Most Popular Horses: Native River comes in at 10th 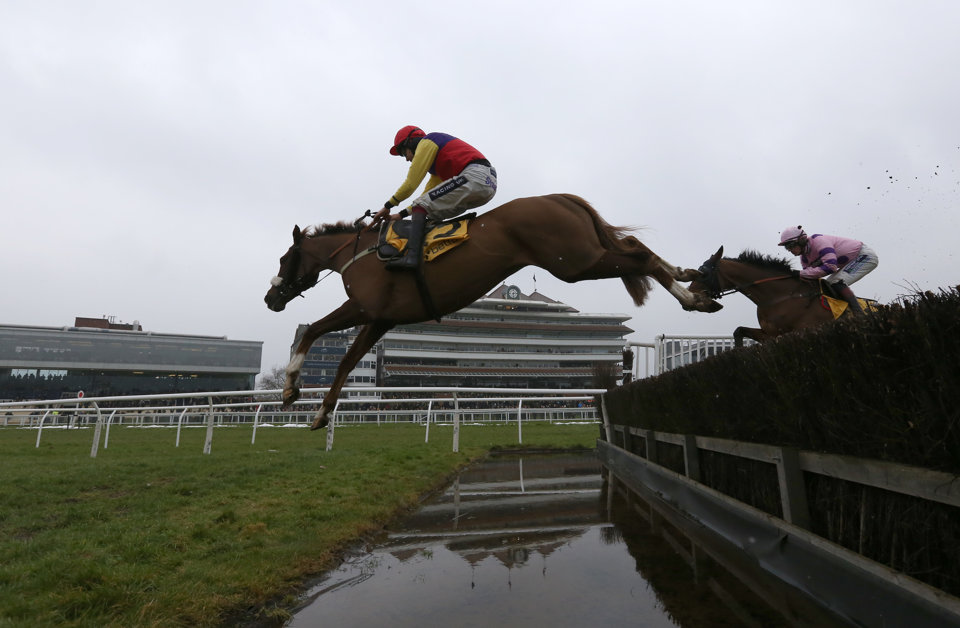 In our new series, we're taking a look at the top 10 most popular horses of the 21st century, with the stunning Native River getting us under way in 10th...

When the HorseRacing.net team sat down to discuss who we consider the most popular horses of the 21st century, we had to consider a few factors we consider the ‘main’ ones. 1. The pure unbridled excitement every time they see a course - regardless of the race, price or rivals 2. Success on track (Which inevitably leads to popularity) 3. The legacy they have left on the sport and 4. The, although not measurable, the size of their fan base.

Although our shortlist featured many that tick these boxes, we whittled it down to the final 10 and couldn’t think of a better horse to get us underway than the stunning and brilliantly talented Native River. 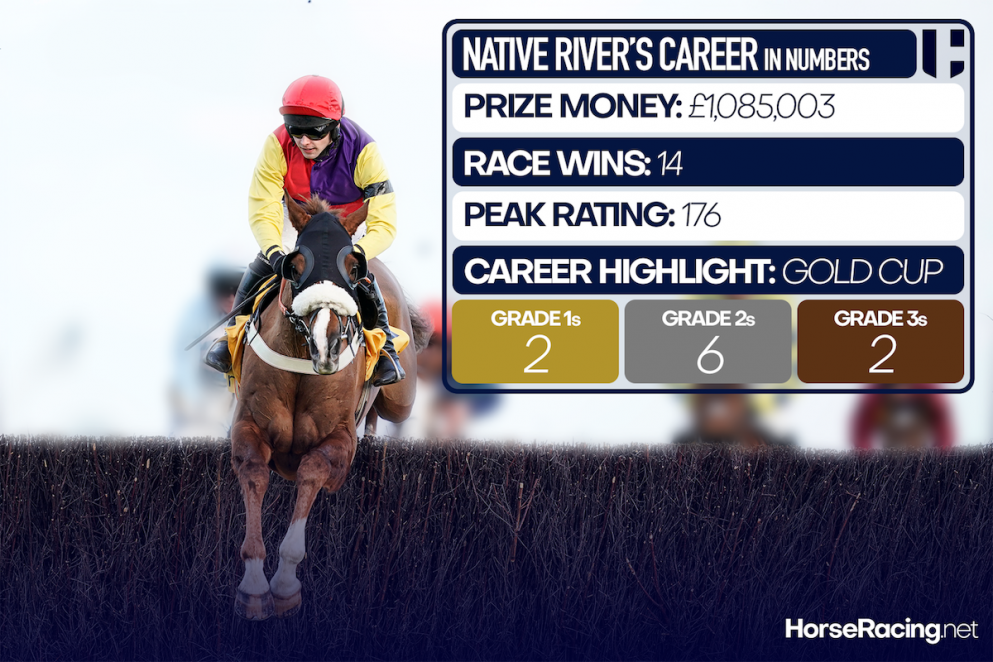 Native River: A career to remember

A horse that needs no introduction, Native River is one of those who, no matter his age or the calibre and talent of his younger rivals, has always given his best year in, year out - and he reaped the rewards as a result. Twice a Grade 1 winner, including the most prestigious race of them all (more on that in a moment), he has also notched up wins in the Hennessy Chase, the Welsh Grand National and also a record breaking three wins in the Grade 2 Denman Chase.

Infact such is his longevity and brilliance that the now 11-year-old has won a Graded race in every calendar year since he started his chasing career back in 2015 - a time where his recent Gold Cup rivals A Plus Tard and Royal Pagaille were only 1.

It's a throwback victory as Native River takes the Virgin Bet Cotswold Chase!

His win in the Cotswold Chase back in February this year was one of the most memorable moments of the season for many, with the chestnut gelding and his distinctive white blaze streaking clear of the likes of Bristol De Mai and Santini in typical Native River fashion; gutsy yet flamboyant, stylish but hardy, beautiful but… 'boat like'. It was just such a shame the crowds weren't there to roar him home.

The sight of Native River hitting the front, or running his rivals ragged from the front will never get tiresome (much like Native River himself), and with the old boy heading into his 12-year-old season it may be a sight we seldom see again, so it’ll be worth savouring every single moment.

Although the Hennessy win was special, as was the top-weight victory in the Welsh Grand National, Native River’s most iconic performance can't be anything other than 2018 Gold Cup. After only one run that season, Colin Tizzard sent his then eight-year-old to Cheltenham as fit as a fiddle as the second-favourite, but with RSA and King George winner Might Bite sat at the top of the market it looked a steep task. The rest of the field was strong, but it’s barely worth mentioning them as it may as well have been a two horse race with the two market principles battling it out from start to finish, the chasing pack never really within three-lengths of the pair after the first few obstacles. Turning for home, it looked like as if this mighty battle would conclude with victory for Might Bite, Nico De Boinville motionless on his mount compared to an animated Richard Johnson, but this is Native River, a horse that will never give up on the scrap, and with the hill in front of them and stamina assured for the chestnut, the tide turned and Native River fought back to claim a brilliant and memorable victory. It’s one we’ve watched back many times, and is probably one of the most iconic Cheltenham Festival races of recent years - cementing his name in Prestbury Park history.

Although he has never managed to replicate this performance, it’s worth noting that his consistency in National Hunt’s biggest race - which is notorious for seeing some horses form decline sharply due to the toughness of it - is nothing short of amazing. To even attend four Gold Cups is honourable, but the fact he has never finished outside of the top four in that time (form reads 3144) is a simply stunning achievement and again provides a huge compliment to this brilliant horse's ability and longevity.

Whether it’s his talent, his ‘run them into the ground’ racing style, his time spent at the top or simply the fact he is a beautiful beast of a horse, there is no denying Native River is one of the fan favourite’s now, and will be looked back on nostalgically for many years to come.

Native River and @dickyjohnson77 power up the hill to win the Cheltenham Gold Cup.