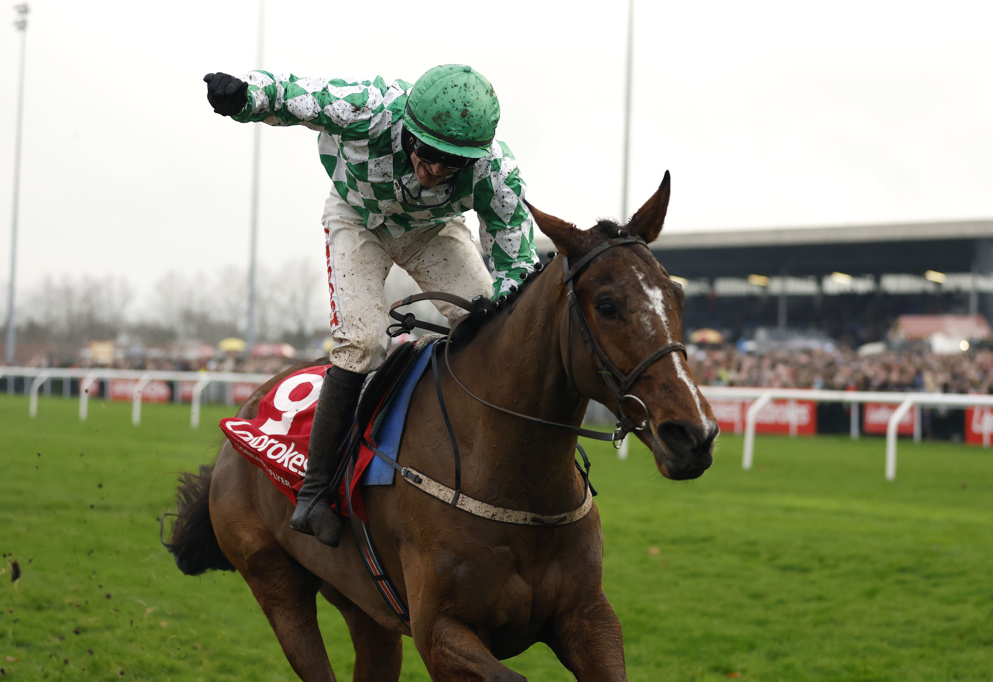 Willie Mullins will aim to claim more Cheltenham Gold Cup glory on March 18, and he will saddle a leading contender in the shape of Tornado Flyer, who is well fancied to run a huge race in the blue riband event. We profile the Closutton inmate here...

Having only had three races over hurdles, Tornado Flyer was always destined for a career over fences, but the Willie Mullins-trained nine-year-old has taken his time to reach the very top, but having landed a shock King George VI Chase win at Kempton Park on Boxing Day, the Closutton inmate is now a leading player in the 2022 Cheltenham Gold Cup.

Fifth in the 2020 Marsh Novices' Chase, Tornado Flyer then took in the Ryanair Chase at last season's Cheltenham Festival, but he was no match for stablemate Allaho, and could only finish a well beaten third, so he will be aiming to record a first Cheltenham success on March 18, and does head there in superb form.

He kicked off this season with a visit to Punchestown, where he lined up in a hugely competitive renewal of the John Durkan Memorial Chase over two-and-a-half miles, but he was yet to again forced to play second fiddle to Allaho, who bounded to glory and Tornado Flyer could only finish fifth.

But, stepped up to three miles on his last start and relatively unfancied at 28/1 in the King George VI Chase, Tornado Flyer produced a huge career best as he romped nine lengths clear of the second placed Clan Des Obeaux, and with reigning Cheltenham Gold Cup hero Minella Indo and fellow Gold Cup contender Chantry House both pulling up then Tornado Flyer holds extremely strong form heading to Cheltenham.

Stamina may be a slight issue, as he's yet to be seen over three miles, but he wasn't stopping at the finish in the King George, and while the undulations of Prestbury Park are sure to serve up a whole new challenge, he does line up in excellent form, so has to be respected.

Cheltenham Gold Cup Runners
ITV Racing Tips: Most tipped selections for the Irish 1000 Guineas and action from the Sunday Series at York
By Russell Palmer