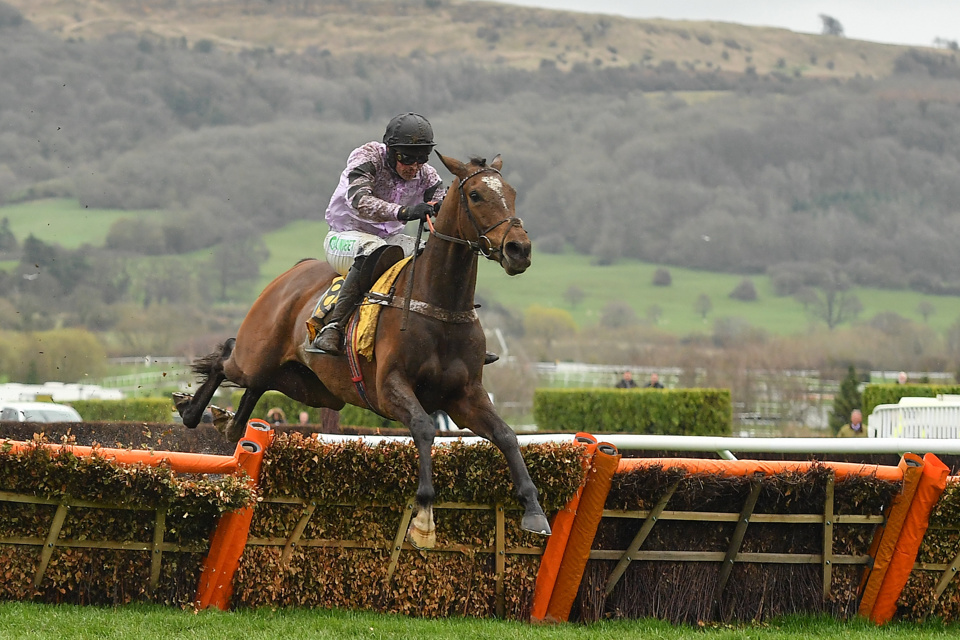 The Triumph Hurdle often has a short priced favourite as one juvenile catapults into the top billing for the young horses throughout a National Hunt season. This year that particular horse looks set to be the filly Lossiemouth for Willie Mullins. She will hope to follow in the footsteps of Burning Victory back in 2019, who won the race as a female and for the same trainer. Last season's winner Vauban looked seriously high class and could yet get involved in the 2023 Champion Hurdle, so whoever wins the race of the 59 entrants will be expected to have a stellar career ahead...

Bet £10 Get £30 In Free Bets
#AD 18+. Play Safe. New customers using Promo code R30 only, Min £10/€10 stake,  min odds 1/2, free bets paid as 3 x £10/€10, free bets credited after settlement of first qualifying bet, free bets will expire 30 days after the qualifying bet is placed, payment method/player/country restrictions apply.
get offer
Bet £10 & Get £50 in Free Bets
#AD Bet £10 & Get £50 in Free Bets for new customers at bet365. Min deposit requirement. Free Bets are paid as Bet Credits and are available for use upon settlement of bets to value of qualifying deposit. Min odds, bet and payment method exclusions apply. Returns exclude Bet Credits stake. Time limits and T&Cs apply. The bonus code SPTS365 can be used during registration, but does not change the offer amount in any way.
get offer
Bet £10 get £30 in Free Bets
#AD New customers on mobile only. 7 days to claim and stake £10 minimum bet at odds of 1.5 or greater to qualify. Free, void, cashed out or partially cashed out bets do not qualify. Max 3x £10 free bets credited on bet settlement. Free bets must be used on 4 or more selections with selection odds of 1.3 or greater. Free bets are non-withdrawable, and stake not returned with winnings. 7 day expiry. 18+BeGambleAware.org. T&Cs apply.
get offer

Willie Mullins, like in most races at this Festival, looks to hold the aces for the 2023 Triumph Hurdle. The aforementioned Lossiemouth looked talented in France and since moving to Closutton has shown nothing to say she is not out of the top drawer. She is not the only bullet the Irish Champion trainer, and winning most trainer in Festival history, has to fire at this race, however. In total he is responsible for 12 of the 59 entrants and the second favourite is also a Closutton inmate.

That second favourite stablemate to Lossiemouth is Blood Destiny, who seems quietly fancied by some to upset the jolly on the day. More will be revealed about the ranking of these two at the Dublin Racing Festival in a few weeks time and the big race there should be an informative pointer. Both have looked head and shoulders above their rivals in their races so far. It will come as no surprise to racing fans that Mullins is also responsible for the third favourite for the race in Gala Marceau. He was brushed aside by stablemate Lossiemouth at Leopardstown over Christmas but as with most juveniles plenty of improvement is expected. It is still a stretch to see how he reverses the form unless she bombs out, however.

One of the most interesting horses of the season, and in-fact any season, is the exuberant former trotter Jupiter Du Gite for Gary Moore  Sent off a 66/1 outsider on stable and British debut at Newbury on New Year's Eve, he shot off to the front and didn't see another rival through the race to land a massive 15 length win in what looked a competitive contest pre-race. Connections seemed as surprised as punters with the result but time experts have indicated there was no fluke about the win and he deserves his place near the top of the market. It will be a brave set of jockeys that allow Jamie Moore to get an easy lead on this one.

Back to Closutton and some of the other interesting entrants include Gust of Wind, Risk Belle and Tekao. Mullins has won this race before in the past with his supposed back ups so none can fully be discounted. Scriptwriter is an interesting recruit to jumping for Milton Harris, who has had successful juvenile Knight Salute in his ranks over recent years. His form from Cheltenham in November in the JCB Trial under Paddy Brennan looks good and he has looked a natural over obstacles. He clearly likes the course and could be a solid each-way option.

Another flat recruit, this time for Joseph O'Brien, is Comfort Zone. He showed battling qualities in his win at Chepstow over Christmas and proved travelling over to Britain held no fears, and with his gears could relish this race if it were to be slowly run. The horse he beat in a photo at Chepstow Dixon Cove is also entered, one of a trio for Paul Nicholls. Although beaten last time out he lost nothing in defeat and looks a hardy sort who could be suited to this test.

France will be represented by Grade 1 winner St Donats. It is hard to compare formlines from across the Channel but he looked top class in an eleven length romp at Auteuil last time out and could be the best chance of the week for a Franch success (barring maybe in the Cross Country race) for Hugo Merienne. If he is seen again before March we should get a better handle on his class.