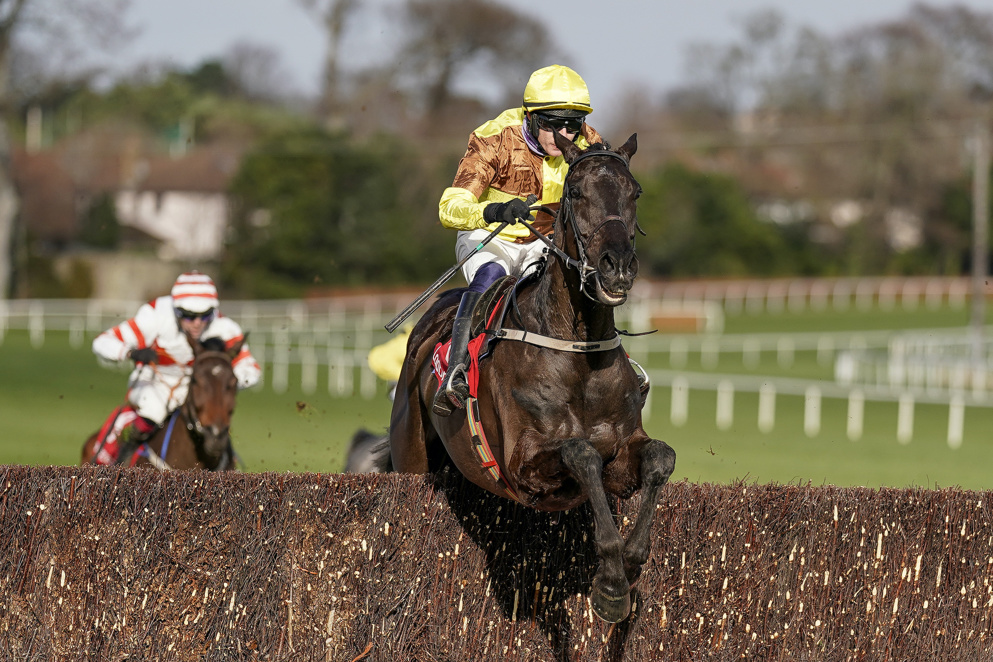 Bob Olinger and Galopin Des Champs are the two star names among the entries received for the Grade 1 Turners Novices' Chase, which will kick off day three of the Cheltenham Festival on March 17...

A sensational winner of the Ballymore Novices' Hurdle at the 2021 Cheltenham Festival, Henry De Bromhead's Bob Olinger has made a smooth transition to the novice chasing arena, winning his first two starts over the larger obstacles with relative ease, but the classy seven-year-old will face his toughest test to date when he lines up in the Turners on Thursday afternoon. A six-and-a-half length victory on debut in a beginners chase, Bob Olinger then outclassed Capodanno in a Grade 3 novice chase at Punchestown in January to cement his place as the market leader for the 2m 4f contest, which is set to be a thriller.

Galopin Des Champs romped to a mightily-impressive victory in the Martin Pipe Conditional Jockeys' Handicap Hurdle at last season's festival, and like Bob Olinger he has made a foot-perfect start to his chasing career with a brace of wins over the larger obstacles. A 22-length win on chasing debut at Leopardstown was followed by a nine-length annihilation of a decent field in a Grade 1 contest back in Leopardstown, so like Bob Olinger he will head to Cheltenham with two chase wins on his CV. Much has been made about where Galopin Des Champs will run at the Cheltenham Festival, as he's also entered for the Brown Advisory Novices' Chase over three miles, but the rumours suggest he will head to this shorter contest, and the pair are set to serve up an absolute rip-snorting renewal.

The betting suggests it could be a mouth-watering match between the two fancied Irish raiders, and with the likes of L'Homme Presse (Brown Advisory), Bravemansgame (Brown Advisory) and Blue Lord (Arkle) all entered for this contest, but set to head elsewhere during the four-day National Hunt extravaganza then there could be very few rivals against the favourites.

Capodanno, who will be looking to turn the form around with Bob Olinger, and he could be one that adds a little bit of depth to the contest, while the five-year-old Haut En Couleurs and eight-year-old Jungle Boogie are a brace of Willie Mullins-trained runners that could join Galopin Des Champs in this Grade 1 contest, which kickstarts Thursday's racing at Cheltenham

Saint Sam, Gaillard Du Mesnil and Barra are another three that have made the entry list, but come Tuesday's final declarations this contest could have only a select few running, and it looks a battle between the front two in the betting in what could be an epic clash.