Ultima Handicap Chase 2022 Entries: Does He Know catches the eye 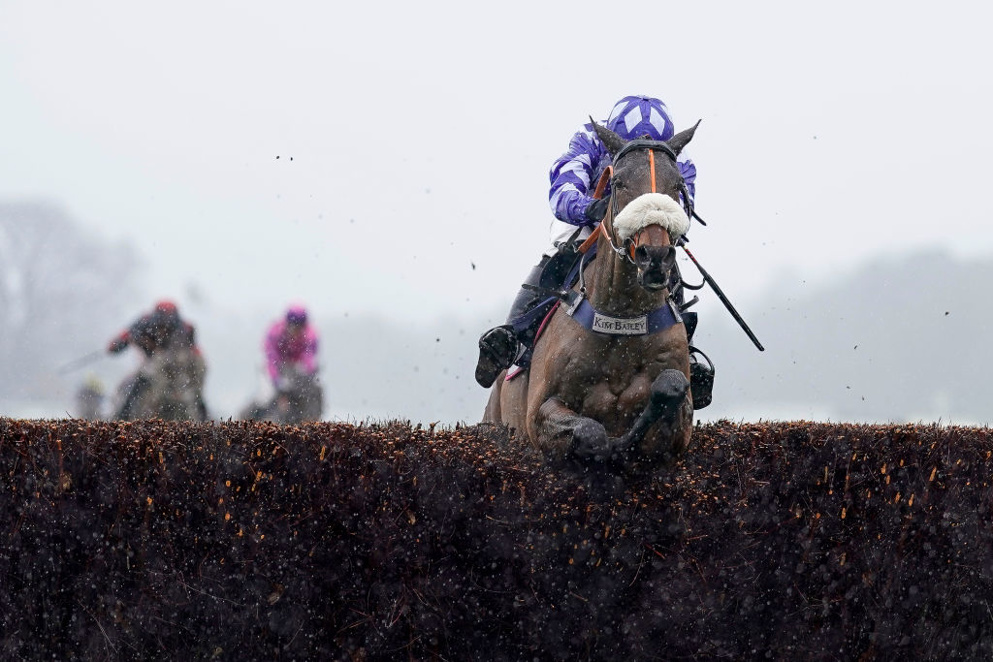 The Cheltenham Festival of 2021 may have been dominated by the Irish but there is a school of thought that the British handicappers can bring some parity for the home nation in 2022.  Does He Know and Shan Blue are the headline names in a stacked list of entries for the Ultima Handicap Chase at the moment, with the race set to be run on March 15...

Beginning with Kim Bailey's charge Does He Know, this likeable progressive stayer has been seriously impressive over fences this campaign and no performance encapsulated this more than his recent 12 length demolition at Ascot. He looks tailor made for the test that Cheltenham provides and it's easy to see why he currently heads the market.

Tied with Does He Know for favouritism currently with many firms is Shan Blue for the Skelton squad. His effort back on October 30 2021 at Wetherby was all set to be one of the performances of the season until a last fence blunder cost him the race when he was twenty lengths clear of eventual winner Fussil Raffles. Were he to have stayed upright and sauntered to success in the Charlie Hall he would've ranked highly in many racing fans' thoughts for Grade One prizes in the future and so were he to rock up in this race then whatever weight he is allotted he must be on the shortlist.

Imperial Alcazar for Fergal O'Brien was favourite for the Pertemps Hurdle for much of last season but in the end finished twenty five lengths behind eventual winner Mrs Milner in sixteenth. He has been impressive novice chasing this campaign and won by ten lengths when last seen at the course so is undoubtedly one to keep an eye on when weights are announced next week.

There is an absolute plethora of horses one could make a case for in the list of entries and another with outstanding claims were he to take his chance is Escaria Ten for Gordon Elliott. He ran an eye-catching race in eighth at Gowran Park at the end of January when finishing behind Longhouse Poet and was apparently not fully wound up for that event. Just in front of him that day was another Elliott inmate Death Duty who recently broke a losing sequence stretching back to 2017 with a battling success at Punchestown. An undoubted stayer and once considered Grade One class he is another who would need to be respected on the day.

Remastered is another with an entry towards the top of the market and on his hugely impressive performance in the Ladbrokes Trophy, a race in which he fell behind Cloudy Glen when looking ready to pass the long time leader, he would undoubtedly be vying for favouritism here. However, his legion of backers after his mishap at Newbury have been disappointed somewhat since by his two recovery missions at Haydock where he has been beaten fair and square both times. His conqueror at Newbury is also among the entries here and if he is on another going day could lead the field a merry dance from the front.

The potential winners keep coming, unsurprisingly when talking about one of the most competitive handicaps of the season, with Nigel Twiston-Davies's Good Boy Bobby entered and undoubtedly dangerous now he has found his form once again. He is a similar price to Ben Dundee of Andrew Lynch's who has apparently had this race targeted for some time. Finally, it would be remiss not to mention last year's gallant grey winner Vintage Clouds who is entered to defend his title. Although he will undoubtedly have a big weight to carry again, if he is in the same form as 2021 then he cannot be ruled out providing another brilliant occasion for the Sue Smith team.