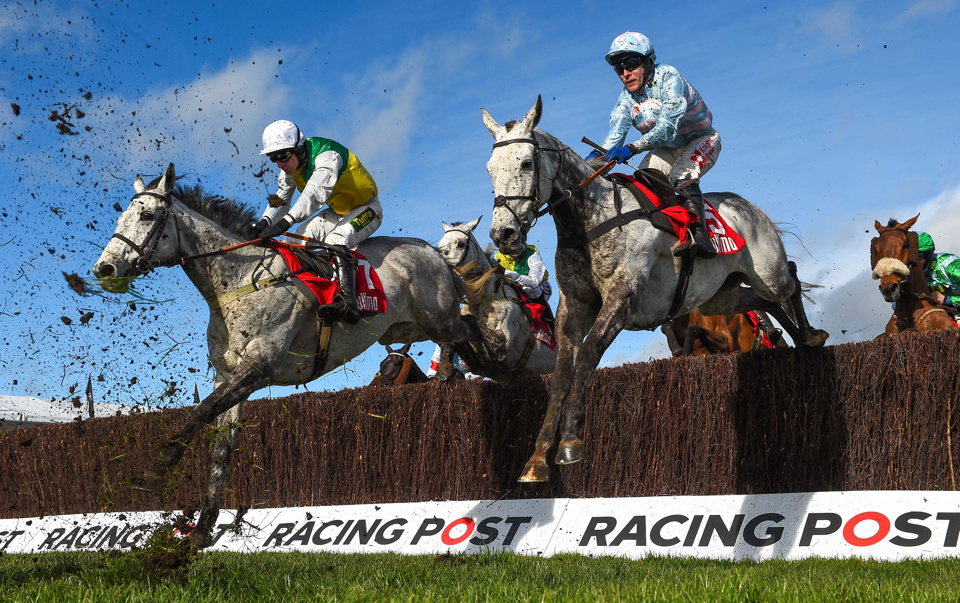 The Ultima Handicap Chase is the first big punting test of the Cheltenham Festival week. The third race up on day one, this race has thrown up some big price winners in recent years with only one winning favourite in the last 10 runnings, we've taken a look at who the best of the UK's tipsters are putting up as their Ultima Handicap tips...

Run over three miles and one furlong, a field of 24 will try to navigate the 20 obstacles and be crowned champion.

Last year's winner was 28/1 shot Vintage Clouds who would go on to take his place in the Grand National a month later. This race is often used as a prep for Aintree and has produced the winner five times, albeit not always in the same year.

Nine out of the last 10 winners have won over at least three miles and eight of those winners had run at the festival before.

Top of the betting

The betting is headed by the Gordon Elliott trained Floueur who is well fancied at 8/1 with Bet365. Third last time out behind Death Duty, he was also third back here last year in the Martin Pipe behind one Gallopin Des Champs who is now favourite for the Grade 1 Turners' Novices' Chase on Thursday. Floueur has attracted the attention of Spotlight making the seven year old their tip for the race.

Whilst the Irish have farmed handicap hurdles at the festival in recent seasons, this isn't a race where they've seen much success. However, at the top of the betting is the talented Death Duty (12/1) who won the Grade B Grand National Trial at the Dublin Racing Festival last time and could be off a handy mark of 144 here. Once a beaten favourite in the Albert Bartlett, he finished well down the field in the Brown Advisory on his last visit here in 2020. As an 11yo he doesn't exactly fit the profile but Vintage Clouds bucked that trend last year.

Lucinda Russell trains Corach Rambler who unseated Derek Fox last time out in the Reynoldstown when sent off favourite. The eight year old has course form having won at Cheltenham at the December meeting following on from a win at Aintree at the start of the season.

Long time favourite was Does He Know trained by Kim Bailey. The seven year old has won three out of his four chases including over course and distance here in October. The novice won the Grade 2 Reynoldstown at Ascot on his last run by an impressive 14 lengths and should he still be on an upward curve he could make light of his 11 stone here. Despite being a market leader the Kim Bailey novice hasn't attracted the attention of any of the tipsters on Horseracing.net and has drifted out from 7/1 to 12/1 in the betting.

Another novice near the head of the betting is the Nigel Twiston-Davies trained Fantastikas who was a winner last time out at Lingfield. The seven year old was third here in the Dipper Novices' Chase on New Year's Day behind L'Homme Presse who takes his chance in the Grade 1 Brown Advisory on Wednesday, The horse has attracted the attention of seven tipsters on Horseracing.net, the most in the race with Postdata, Templegate and the Daily Record putting him up as well as our very own Dan Overall. He's been napped three times by Matt Polley of the Ipswich Star, Ian Gaughran of the Irish Herald and Rockavon of the Sunday Mail.

For a race packed full on novices, there's some old favourites further down the betting and no more so that the hugely popular Frodon (16/1). Trained by Paul Nicholls and ridden by Bryony Frost, the ten year old is top weight here but a course and distance winner and former winner at the festival.

Colin Tizzard runs one-time Betfair Chase winner Lostintranslation (25/1) who could prove to be a popular selection at a big price.

Vintage Clouds (28/1) who won the race last season has been tipped up by 'The North' from the Racing Post and the Daily Star. The popular grey has a great record in the race having been previously placed twice before last year's win.

Other horses who have been tipped up in the race include Our Power (Guardian, Newsboy) at 12/1 and Grumpey Charlie (The Express and West Country RP) at 20/1, each having been tipped up twice, whilst Gericoult Roque (12/1) also has two tips, from the Daily Mail and Topspeed.

In a hugely competitive race, we're going to pick out FANTASTIKAS for Nigel Twiston-Davies. It would be a popular winner for the local trainer, has run well at Cheltenham and the yard have a 30% strike rate at Cheltenham this season. Tipped up three times by the UK press, he's a consistent performer who can represent a bit of each-way value at the prices at 1best price 14/1 with Betfred who are going a 1/5 of the odds SEVEN places for the race.

lost
8/1
Cheltenham free bets
ITV Racing Tips: Most tipped selections for the Irish 1000 Guineas and action from the Sunday Series at York
By Russell Palmer