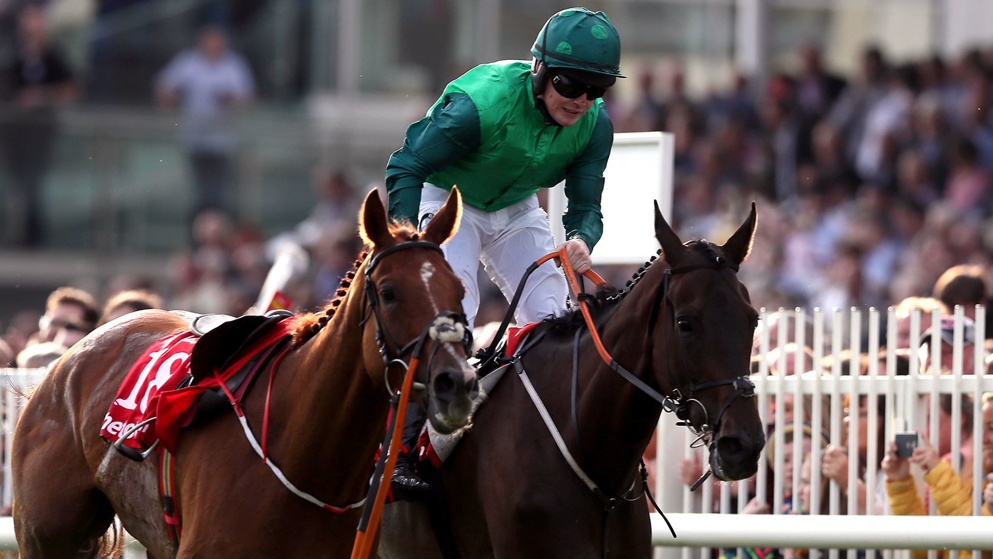 This year's Galway Festival will take place behind closed doors.

Jett, Peregrine Run and The Storyteller will each carry top weight if taking their chance in this year’s Galway Plate, after the weights for the Galway Festival’s two feature races were released on Monday afternoon.

Peregrine Run has twice run in the Galway Plate in the past, finishing ninth in 2018 and fourth in last year's renewal, and he's been handed a weight of 11st 10lb for the Grade A handicap having won a Grade 3 contest in good style at Killarney earlier this month - which puts him joint top with Graded performers Jett and The Storyteller.

Grade 1-winning hurdler Mengli Khan was ninth in this race last year for the Gordon Elliott team off a weight of 11-06, and he'll be able to line up off 4 lb lower this year, while stablemates Galvin (11-00), Dinons (10-11) and Three Musketeers (10-05) are all guaranteed a run for a yard which has won three of the last four renewals - including with Borice 12 months ago.

Meanwhile, there are 39 horses left in the Galway Hurdle at the time of writing, with the weights topped by Grade 1 winners Petit Mouchoir and Aramon - who will both carry 11-10 in the feature race on Day Four of the Galway Festival, which is on Thursday 30th July.

Tudor City provided Tony Martin with his third win in this race off a weight of 11-00 last year, and he's just 2 lb higher this time around, while the lightly-raced Wonder Laish is proving popular in the market having been handed a weight of 10-13 for the Charles Byrnes team.

What a peach! Tudor City is delivered under a fine @Robbie_Power_ ride to land a thrilling €300,000 Guinness Galway Hurdle for Tony Martin at @Galway_Races

Meanwhile, British raiders Hunters Call (10-04) and Fair Mountain (10-03) could take their chances for Olly Murphy and Dan Skelton respectively, though both would need a couple to drop out in order to guarantees themselves a run, while the logistics of travelling to Ireland at present are complicated by the Coronavirus pandemic.

Murphy told the Racing Post: "It seems very complicated in getting a horse over there and who can travel with him and that's going to be the big issue. It's 50-50 at this stage.

"We're certainly having a look at running him if it's not a nightmare. If the ground came up very soft he may run in the Galway Hurdle if he gets in, but otherwise he could for the two-mile-seven-furlong race on nicer ground.

"I'd love to have a go at another nice pot with him and there's nothing to contest over here for the next few months."