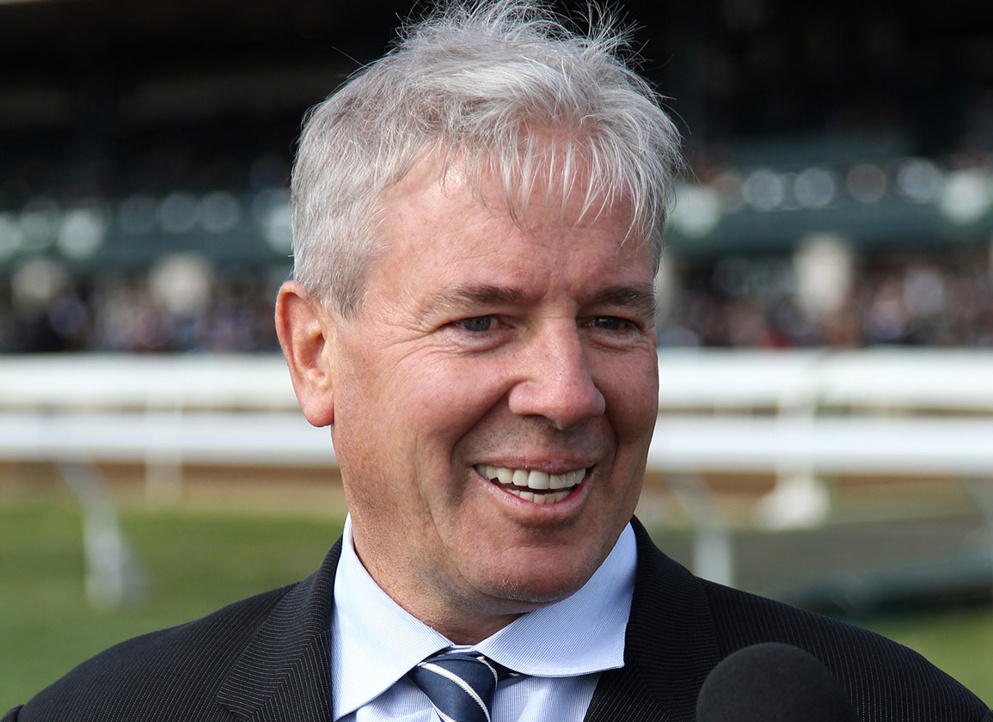 Wesley Ward is planning to send a string of horses to Royal Ascot as usual this year.

American trainer Wes Ward is confident that he’ll be able to send runners over for Royal Ascot this year as usual, as Britain gears up for a return to racing next month.

Ward is a 10-time winner at the Royal meeting, most recently with Con Te Partiro (Sandringham) and Lady Aurelia (King’s Stand) in 2017, and while he will be unable to travel to Britain himself this year due to restrictions around the Coronavirus pandemic, he’s confident of sending a team over the Atlantic as usual.

He told Luck on Sunday: “Well we’re going to try to get over there if at all possible.

“It’s certainly feasible right now, but as things are changing and the guidelines and restrictions are changing, you never know, but right now we’ve got a plan in place and we’re all set.

“The flight schedule is right towards the end of the month, we have a couple of dates locked in, and we’re gonna go to the English National Stud.

“I am not going myself, neither are any of my help, I have some staff in place that have worked for me over the course of the winter and have gone home early March, anticipating and awaiting for these horses to come.

“I have been in contact with Frankie (Dettori), and he’s got himself and some others that are going to help me - mainly Kieron Fallon - so we’re looking good right now."

Wesley Ward keen to have runners at Royal Ascot but he will not be at the meeting himself.

Ward is planning to send a mix of two-year-olds and older horses, including two who have run at the Royal meeting in the past; “I’ve got two older horses, one is Kimari, who was beaten a nose in the Queen Mary Stakes last year, and she came back,” he said.

“She had a troubled trip in the Breeders’ Cup and her on only start this year she had a really decisive win at Oaklawn Park in the slop, so that was good and she’s come out of the race well.

“She had a beautiful breeze on the grass at Keeneland yesterday, as well as Bound For Nowhere. He had a nice comeback race in March, just beaten right on the line at Santa Anita, and he’s been training forwardly as well, so those two should have a real strong showing - in either the King’s Stand or the Diamond Jubilee Stakes."

Meanwhile, Ward admitted everything was still up in the air with his juveniles, though he picked out one two-year-old who he has pencilled into make his debut at Belmont Park at the beginning of June;

“I think they’re doing well, very very well. We’ve been having to switch things around with the virus here, we brought them up to Keeneland and Kentucky in early March and they had to circle right back around and bring some of them back down to Florida.

“Nothing’s really concrete right now, a couple of the winners I’ve had so far will certainly be coming over, as well as some that are going to be running this week coming up. My best ones have yet to start, so they’ll be starting here in the next week.

"We’ll see if they perform in the afternoon as well as they are in the morning, but we’re looking to have a smaller team than in years gone by, but full of quality.

“I have a really nice colt for my owners Ice Wine Stables, who owned No Nay Never in partnership with Coolmore. They’re American-Italian, and they’ve named a horse after Dr Fauci, who’s kind of leading the whole virus situation over here.

“They’ve named the horse Fauci, and he’s a very talented horse, who’s scheduled to run on opening day at Belmont on June 3rd, so we’ve a flight for him on June 5th if he performs as well as I think he will.“