End of an era as wondermare Enable is retired to stud 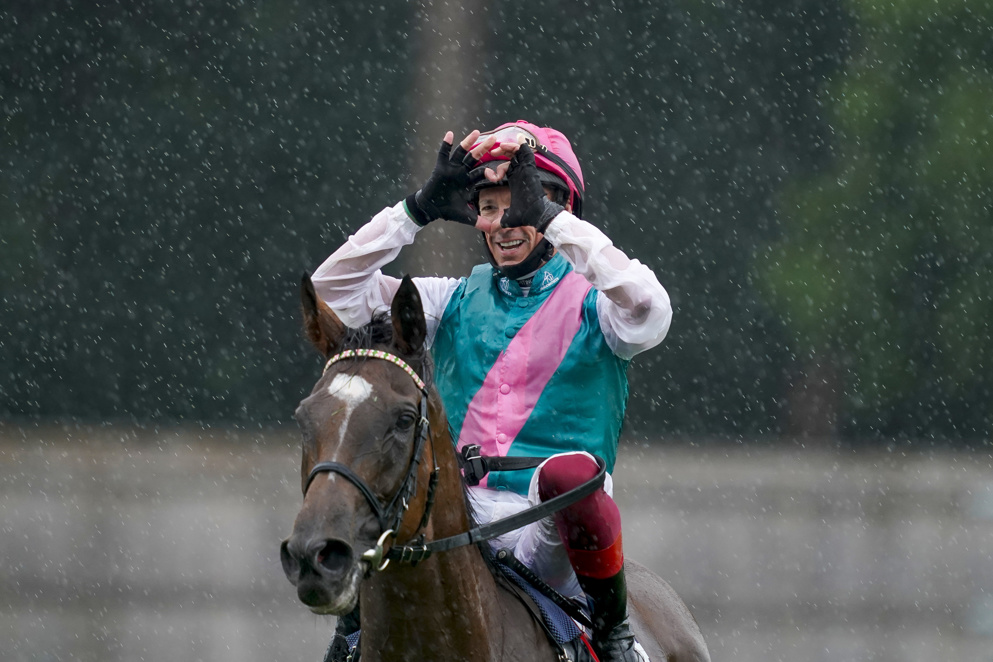 Enable won no less than eleven Group 1 races during her glittering career.

Star mare Enable has been retired after a glittering career, her owner Juddmonte has announced.

The six-year-old was kept in training with the sole aim of winning a third Prix de l’Arc de Triomphe at Longchamp, and while she ultimately fell short in that respect, she retires with no less than 11 top level wins on her CV.

Her connections had hinted that she could have one final hurrah in Saturday’s Champions Fillies’ and Mares’ Stakes at Ascot on Saturday, but the decision has been taken to retire immediately and she will be covered by Kingman next spring.

Douglas Erskine Crum, CEO of Juddmonte, said: “After consulting her trainer John Gosden and his Racing Manager Teddy Grimthorpe, Prince Khalid has decided that Enable will be retired from racing and will now join the Juddmonte broodmare band to be covered by Kingman in 2021.”

Teddy Grimthorpe added: “She has brought so much joy to everyone who has been involved with her.

“Her elegance and forceful personality have been nurtured by John and his team at Clarehaven, especially by Imran who has looked after her with such calm and devotion.

“In her, Frankie found a willing partner to execute her ability on the racecourse. Her CV withstands the closest of inspections, very few can match what she has given to racing.”

Enable set a number of records during her career, including when becoming the first three-time winner of the King George VI and Queen Elizabeth Stakes at Ascot in July.

She also completed a notable feat in November 2018, when becoming the first Arc winner to triumph at the following month’s Breeders’ Cup, winning the Breeders’ Cup Turf at Churchill Downs.

“I've ridden many good horses, she's the one who touched my heart the most”

#AD Minimum deposit of £10 using deposit code 30F - A qualifying bet is a ‘real money’ stake of at least £10 placed on any sports market - Minimum odds of 1/2 (1.5) - Free bets credited upon qualifying bet settlement and expire after 7 days - Free bet stakes not included in returns - Casino Bonus must be claimed within 7 days • To withdraw bonus/related wins, wager bonus amount x40 within 14 days • Wagering req. vary by game • Withdrawal restrictions and Full T&C’s apply. 18+ begambleaware.org
get offer
Bet £10 Get £40 in Free Bets
#AD 18+. Play Safe. New customers using promo code M40 only. 1x per customer. Min £/€10 bet. Min odds 1/2 (1.5). Free bets of 2 x £/€15 issued after first qualifying bet settles. Max £/€10 Bonus. 35x wagering requirement. Max redeemable bonus: £25. Casino bonus expires after 72 hours. UK & Eire only. Additional T&Cs, including free-bet, game, location, payment method and stake contributions apply. begambleaware.org.
£20 Risk Free Bet Refunded In CASH On Losing Bets (APP Only)
#AD New customers only. Deposit £20 using card or Trustly. Up to your first £20 of losses will be refunded as CASH within 24 hours of qualifying bet having been settled. T&Cs apply
Welcome Offer
#AD Open Account Offer. Up to £100 in Bet Credits for new customers at bet365. Min deposit £5. Bet Credits available for use upon settlement of bets to value of qualifying deposit. Min odds, bet and payment method exclusions apply. Returns exclude Bet Credits stake. Time limits and T&Cs apply. The bonus code ‘100BET365’ can be used during registration, but does not change the offer amount in any way. 18+ begambleaware.org.
Bet £10 Get £40 In Bonuses
#AD 18+ New customers only. Opt in, bet £10 on Horse Racing at odds 2.00+ within 7 days of registering, no cashout. Get 3x £10 Free Bets, set events at odds 2.00+. Plus £10 Game Show Bonus, selected games, wager 40x to withdraw max £250. 7 day bonus expiry. Card payments only. T&Cs apply. begambleaware.org | Please gamble responsibly
Bet £10 Get £30 + 30 Free Spins
#AD New UK & NI customers only. Promo code SPORTS60. Deposit and place first sports bet of £10+ in one transaction, at odds of Evens (2.0)+, settled within 7 days of registration. First bet must be on Sports. £30 in Free Bets credited within 48 hours of bet settlement. 7-day expiry. Payment restrictions apply. SMS validation may be required. Max 30 Free Spins on Blue Wizard at £0.10 per spin. 7-day expiry. Full T&Cs apply.
Bet £20 & Get It Back As CASH If It Loses
#AD New customers only. Place your FIRST bet on any Football market and if it loses we will refund your stake in CASH. Max refund for this offer is £20. Only deposits made using cards will qualify for this promotion. T&Cs apply.
Get Up To £100 In Free Bets
#AD New customer offer. Place 5 x £10 or more bets to receive £20 in free bets. Repeat up to 5 times to receive maximum £100 bonus. Min odds 1/2 (1.5). Exchange bets excluded. Payment restrictions apply. T&Cs apply.
Bet £10 Get £20 In Free Bets
#AD. New members. £10 min deposit & bet on sportsbook, placed & settled at 1.5 min odds within 14 days of sign-up. Win part of E/W bets. 2 non-withdrawable £10 Free Bet Tokens: accept in 7 days, valid for 7 days from acceptance (ex. E/Ws & Multiples), stakes not returned. Click here for Rules & Exclusions. Bet Responsibly. BeGambleAware.org. 18+
Bet £10 Get £20 In Free Bets
#AD Min stake £10. Min odds 1/2 (1.5). First bet only. Free bets expire in 7 days. Cashed out bets won’t apply. Payment method restrictions. Online UK customers only. 30 days to qualify for £20 in Free Bets. 18+. T&Cs apply
Money back As A Bonus Up To £40 If Your First Racing Bet Loses + £10 Casino
New customers only. 18+, BeGambleAware.org. Min deposit £10. Money back as bonus. Wagering requirements: Racing 3x at min. odds of 1.40 (2/5), Casino 35x. Only one bonus can be used at a time, Racing bonus must be wagered before using the Casino, unless the bonus has been forfeited. Bonus will expire after 7 days of opt-in. #ad
Bet £10 Get £5 Or 50% Losses Back Up To £25
To activate your Sportsbook 50% Back Welcome Offer, simply deposit and bet on any Sportsbook markets of your choice at odds of evens (2.00) or greater. If your account has Sportsbook losses at the end of your first day's betting (23:59), we'll refund 50% of your first day's losses as a Free Bet up to £25 (Minimum 3 bets required). If your account is up, you're guaranteed a £5 Free Bet provided you place at least 1 bet of £10 or greater at minimum odds evens or greater. T&Cs apply. 18+ begambleaware.org
£10 Welcome Offer
#AD UK & ROI customers only. 18+. Place your first bet on sports pools and if it loses we’ll refund your stake in cash. Max refund is £10. Qualifying bet is the first sports pool bet added to the betslip. Ten to Follow bets do not qualify. Totewin will be the qualifying bet when a Totewin and a Toteplace bet are struck at the same time. BeGambleaware.org T&Cs apply
Today's Most tipped
Equitation
Kempton 16:40
6/5
9 Tips Bet Here
Soul Icon
Taunton 15:05
8/11
9 Tips Bet Here
Rogue Bear
Nottingham 13:40
11/8
9 Tips Bet Here
Fire Lake
Taunton 16:15
9/4
9 Tips Bet Here
Add All Tips To Betslip
Latest racing results
Taunton
13:20
Full Result
1st Valentino
15/8 F
2nd Kendelu
7/2
3rd Presenting Yeats
3/1
Nottingham
13:05
Full Result
1st Island Falcon
11/4 F
2nd Barley
9/1
3rd Clear Day
11/1
Fakenham
12:55
Full Result
1st Grandeur D'Ame
4/7 F
2nd Nine Nine Nine
5/1
3rd Tom Creen
18/1
View All Today's Results