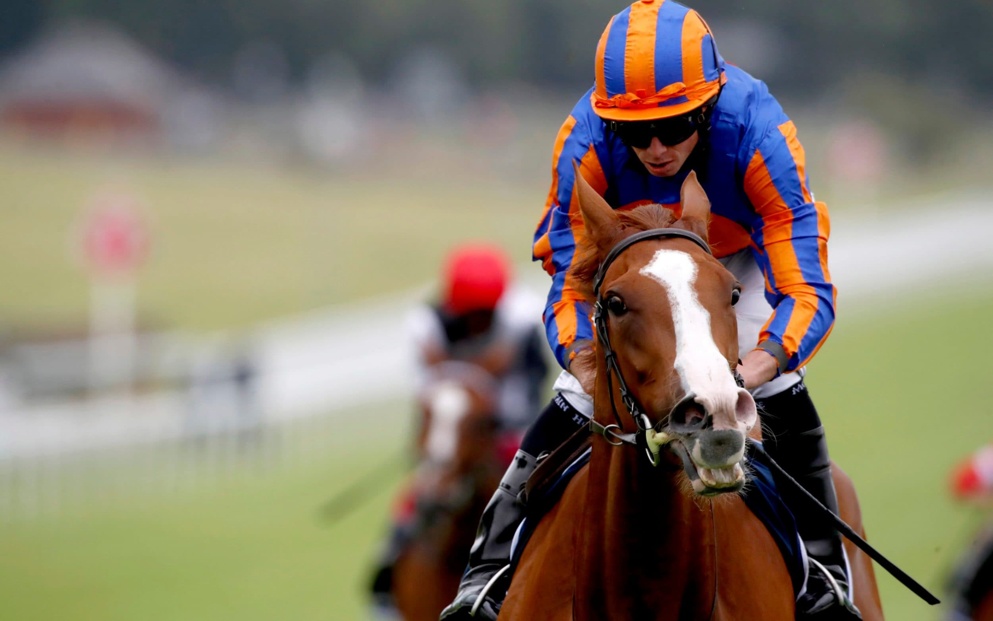 Love is a red-hot favourite for the Yorkshire Oaks on day two of the Ebor Festival.

We take a look at the six runners set to line up in the Group 1 Yorkshire Oaks, which is the feature race on day two of the Ebor Festival at York...

Kicking off her campaign with a comfortable two length victory over subsequent Hardwicke Stakes winner Fanny Logan in the Group 3 Pinnacle Stakes at Haydock Park, Manuela De Vega continued her good form next time out at the same track. Sent off an odds-on jolly for the Lancashire Oaks, the Ralph Beckett-trained filly eased to a facile five and a half length victory in that Group 2 contest, and she will bid for a third win on the spin on Thursday. The sole four-year-old in the field of six, Manuela De Vega will need to give weight away to the rest of the field, which comprises of five three-year-olds, but she heads to York's Ebor Festival in the form of her life and has to be given the utmost respect.

Impressive when winning on her racecourse debut, Alpinista found life tough on her next few starts, but the Sir Mark Prescott-trained three-year-old produced a sparkling career best last time out when easing to victory in a listed event at Salisbury seven days ago, and she will look to follow that up with a victory on Thursday. Entitled to be the outsider of the Yorkshire Oaks sextet, Alpinista will need to come on significantly for a step up to Group 1 company, but the daughter of Frankel is likely to continue her progression in this Group 1, and while she may not challenge for victory, she could outrun her lofty odds.

Once-raced as a juvenile (second at Chelmsford City on debut), Franconia has blossomed as a three-year-old and she impressed on her second career start when winning a listed event at Newbury by over three lengths. The daughter of Frankel continued her improvement next time out when beating Gold Wand in a listed event at York last month, and she will return to the Knavesmire to try and land more success. This is a lot tougher than both of those assignments, but the John Gosden-trained starlet has shaped like she could be a genuine contender in Group company, and with more improvement expected, she can be on the vicinity at the finish.

Having produced a scintillating performance to win a maiden at Newcastle, Frankly Darling was then handed a huge step up in class as she lined up in the Group 2 Ribblesdale Stakes at Royal Ascot. John Gosden's daughter of Frankel came through that test with flying colours as she unleashed a blistering turn of pace to win that valuable prize and was then sent to the Investec Oaks at Epsom. Sent off the 7/4 second favourite, Frankly Darling was no match for runaway winner Love, who scooted clear of the field to win in astonishing fashion. Not in the same class as Love that day, Frankly Darling will face the Aidan O'Brien-trained wonder filly again on Thursday, and will need to improve immeasurably if she is to turn that classic form round.

A Group 1-winning juvenile, Love had always shaped like she could be a potential star three-year-old, but the Aidan O'Brien-trained daughter of Galileo has been a phenomenon this season and has rapidly become the horse of 2020. Hugely impressive when winning the 1000 Guineas at Newmarket by over four lengths, Love enhanced her already lofty reputation by romping away with the Investec Oaks at Epsom, as she stormed to a nine-length victory to notch up a second Classic success. Touted as real contender for the Prix de l'Arc de Triomphe at the end of the season, Love will be using this test as a springboard to that European showpiece event in Paris in a couple of months, and she is most certainly the one to beat here. An odds-on favourite for the Yorkshire Oaks, Love will be standout performer of day two of the Ebor Festival, and if she can replicate her Oaks run it's hard to not see her landing a third Group 1 on the bounce.

A Group 3 winner at Leopardstown earlier in the season, Jessica Harrington's One Voice produced a huge career best when chasing home the classy Fancy Blue in the Group 1 Nassau Stakes at Glorious Goodwood. Beaten a neck by the Donnacha O'Brien-trained starlet in the Nassau, the daughter of Poet's Voice will step up in distance for the Yorkshire Oaks, and should have no problems with seeing out the trip. More is needed to conquer a filly like Love, but the Irish raider is open to more improvement and is like to put up a bold bid in what looks a fascinating renewal.

Dual classic winner Love has been a real revelation this season, and if she can emulate her Oaks display it's hard to not see her continue her winning ways and she can notch up a third Group 1 on the bounce. However, it's a fascinating clash for the minor honours with three daughters of Frankel looking to claim place money. Of that triumvirate, Franconia could be the one open to more improvement and is the pick of the Frankel trio. But, it's Jessica Harrington's One Voice that can chase home Love to land an Irish one-two, as he was superb when finishing second in the Nassau Stakes, and with the step up in trip to pose no problems then she can grab the silver medal.