2021 Epsom Derby Tips: Unbeaten Hurricane to blow his rivals away 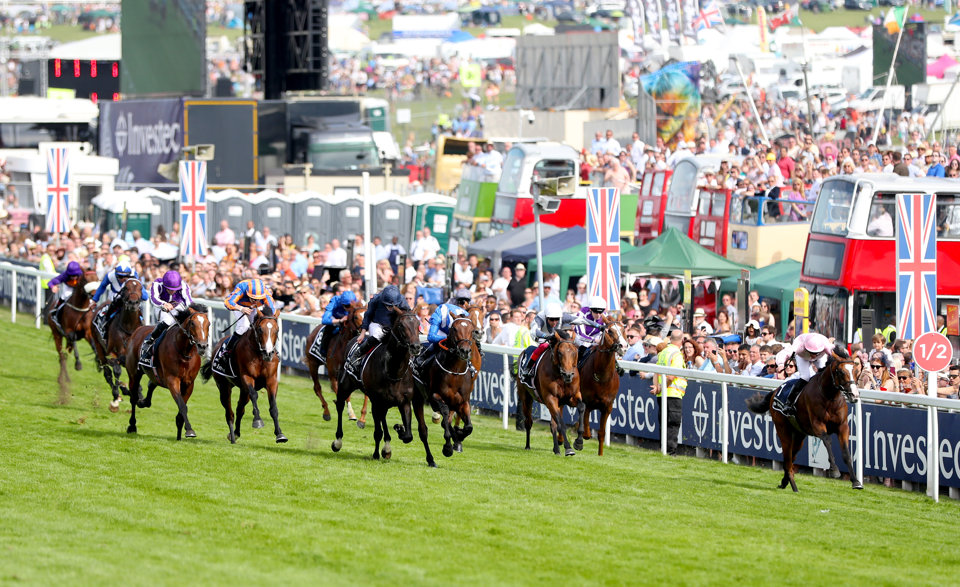 Steve Chambers previews the 2021 Cazoo Derby, which takes place at Epsom on Saturday afternoon, and he picks out his best bet for the Group 1 Classic...

Twelve runners will go to post for this year's Epsom Derby, and astonishingly the eight-times winning trainer Aidan O'Brien will only have one runner lining up in the 1m 4f Classic. However, Ballydoyle's sole representative will be none other than the red-hot favourite Bolshoi Ballet, who lines up on the back of a fine victory in the Derrinstown Stud Derby Trial, and is entitled to be a short-priced jolly.

Having hardly set the pulses racing during his juvenile campaign, Bolshoi Ballet really came to prominence this season, as on his reappearance he produced a fine display to win the Group 3 Ballysax Stakes at Leopardstown, while he returned to that track a month later to saunter to an impressive victory in the Derrinstown Stud Derby Trial. Showing a blistering turn of foot to put the race to bed in a matter of strides, Bolshoi Ballet pulled comfortably clear of the rest of the field, and he was instantly launched into Derby favouritism.

The son of Galileo will make the step up in trip for Saturday's Derby, and you have to feel there's significant confidence behind him from the O'Brien team, as having six entered at the five-day stage, the legendary handler has opted to just go with a single contender for this year's race in the shape of Bolshoi Ballet, as O'Brien looks to claim a fourth Derby win in five years. Facing his stiffest career test to date, Bolshoi Ballet will need to improve again, as he takes on some elite rivals, but with the extra distance sure to play to his strengths then he certainly sets the standard, but at the odds is he worth taking on?

There's not been a winning favourite since 2015 when Golden Horn claimed glory, so those below Bolshoi Ballet in the betting will look to extend that run on Saturday and there's a number of contenders priced at single-figured odds that will fancy their chances of toppling the Irish favourite.

William Haggas last claimed Derby glory back in 1996 with Shaamit, but he has a major chance in the shape of Mohaafeth, who heads into this on the back of a three-run winning streak. Progressing through a handicap contest to win a Listed event last time out impressively, this son of Frankel will face his toughest career assignment, but is going the right way and has to be a lively contender.

The gorgeously bred John Leeper (Frankel x Snow Fairy) will be the sole shot fired by the Ed Dunlop gun and he built on a novice success at Newcastle and went on to win at Listed level at Newmarket on his last outing. Another that has bundles of potential, this Derby test could just come a little early in his career, and while he is set to be a star to watch over the next few seasons, he may just be vulnerable to a more experienced rival.

One that has that battle-hardened race experience is the Jim Bolger-trained Mac Swiney, who lines up on the back of a fine victory in the Irish 2000 Guineas at the Curragh last month, and is now stepping up in trip to try and claim more Classic success. The son of former Derby winner New Approach was previously well behind Bolshoi Ballet in the Derrinstown, and with soft conditions likely to be needed for him to produce his best then he could be one to ignore if it's dry on the day.

There's another eye-catching son of Frankel lining up and that's the unbeaten Hurricane Lane, who kicked on from a conditions stakes win over ten furlongs by going on to win the Dante Stakes at York. Regarded as one of the premier Derby trials (along with the Derrinstown) Hurricane Lane beat Megallan and the highly thought of High Definition on the Knavesmire that day with ease, and there could be more to come. Charlie Appleby's raider will need to continue on an upward curve, but has done everything right so far in his fledgling career, and while inexperience could be a worry, he could be the biggest danger to the favourite.

Of the others, Roger Varian's Third Realm got the better of Appleby's Adayar in the Lingfield Derby Trial earlier in the season, and both are entitled to take their chance here, but should lack the class to land any sort of blow, while the likes of Joseph O'Brien's Southern Lights (sixth in Derrinstown Stud Derby Trial) and Andrew Balding's shock Chester Vase winner Youth Spirit are another pair worth avoiding, and they are huge odds for glory.

Sixth in the 2000 Guineas earlier in the season, One Ruler is one that could enjoy the step up and adds more strength to the Appleby charge here, but it's at the head of the market that punters should be looking at and while Bolshoi Ballet looks a real solid option, it's Hurricane Lane that is the value play, and he can maintain his unbeaten record.