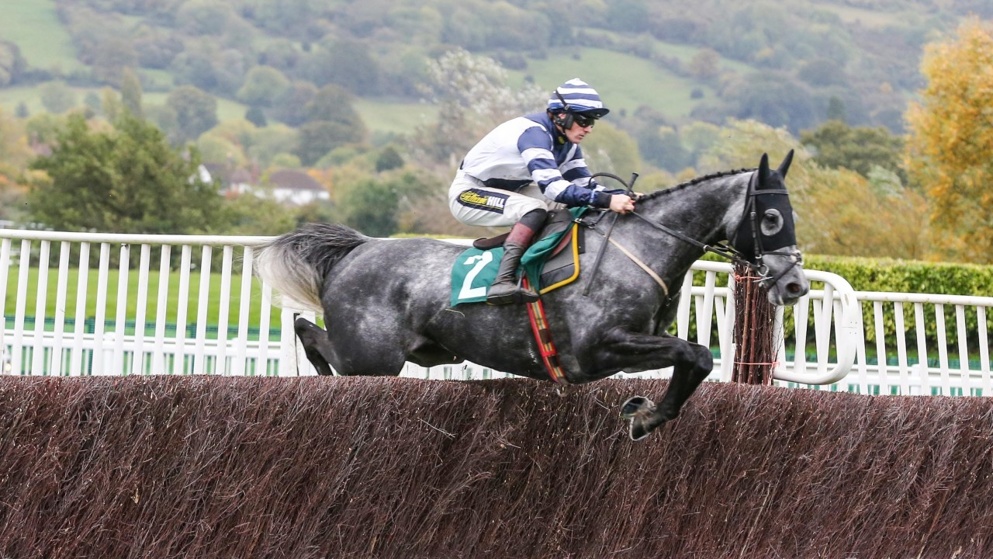 Ryanair Chase Tips: Al Dancer could outrun his lofty odds in a wide open renewal of the Ryanair.

Steve Chambers takes a long range look at the Ryanair Chase, and picks out his best bet for the Grade 1 event, which takes place on day three of the 2021 Cheltenham Festival...

Following the release of the 2021 Ryanair Chase entries, it's time to delve into the form guides and take an in-depth ante-post look at the 2m 4f 127y Grade 1 showpiece, which will take place on March 18. Fifty horses have been entered for the Thursday contest, but with a plethora of horses holding more than one entry, it would be more likely that we see around a fifth of that number lining up and bidding for glory.

Heading the betting is last year's narrow winner Min, who finally broke his Cheltenham Festival hoodoo by seeing off Saint Calvados narrowly, and the Willie Mullins-trained star is a best-priced 6/1 chance at the time of writing. Second in the 2016 Supreme Novices Hurdle and in the 2018 Queen Mother Champion Chase, while finishing fifth in the 2019 Champion Chase, Min notched up a maiden Cheltenham Festival success with a gutsy display in March, and having last been seen winning the John Durkan Memorial Chase for a third time in December, then the Closutton raider is the solid play for many.

Poor visibility ruined the John Durkan from a viewing perspective, but Min beat some classy opponents in the Punchestown Grade 1, so showed he is in great form as we head into 2021. He warmed up for last season's Ryanair with a run in the Dublin Chase at Leopardstown in February, but that contest is run over an unsuitable trip of 2m 1f, and he was beaten in it last year by stablemate and Champion Chase favourite Chacun Pour Soi, but could line up again in that contest next month as a warm-up for the Ryanair.

A proven top class performer, Min sets the standard, and will be battling it out for favouritism on the day of the Ryanair, but now ten years old could Min be vulnerable to an improving rival? A class act, who should make the frame, Min is a solid betting option, but it's worth looking elsewhere for an alternative.

Kim Bailey's Imperial Aura remains second favourite for the Ryanair despite an early fall in Saturday's Silviniaco Conti Chase. Last year's Novices' Handicap Chase winner at the Cheltenham Festival has blossomed over fences this season winning both the Colin Parker and 1965 Chase, but he failed to make it three wins from three at the weekend when he made an error at the second fence and sent David Bass sprawling into the turf. Jumping has been regarded as one of his strongest attributes, so it was a shock to many to see him fall, but despite that blot on his copybook, he still remains well fancied for the Ryanair.

A proven top notch performer at Cheltenham (1 win, 2 seconds), Imperial Aura has an entry for the Cheltenham Gold Cup, but connections have already pointed to the Ryanair as his port of call, and despite Saturday's blemish he has a lot going for him and has to be on the shortlist. However, he is yet to taste victory in Grade 1 company, and while he could be the solid each-way bet around the 7/1 mark, it could be that he just finds one too good on the day.

Master Tommytucker capitalised on Imperial Aura's fall in the Silviniaco Conti Chase and showed he is a smart performer for Paul Nicholls, and is now a 25/1 chance for the Ryanair. However, significant jumping frailties with that Ditcheat raider means he can be quickly set aside in the ante-post betting.

Another with excellent form around the undulations of Prestbury Park is Harry Whittington's Saint Calvados, who was narrowly beaten by Min in an absolute thriller last season. Five of his last six runs have come at Cheltenham, where he has notched up one and a few placed finishes, and he's all set for another crack at the Ryanair in March. Handed the stiff task of the King George VI Chase on Boxing Day over three miles, Saint Calvados ran creditably as he finished fourth behind Frodon, but he struggled to see out the trip that day, so a return to the Ryanair distance of two and a half miles should see him at his best and he is a notable contender.

A host of horses with hold multiple Cheltenham Festival entries with some dropping back in trip to line up in the Champion Chase, while some will step up in trip and have a crack at the Cheltenham Gold Cup. Two household names that fit into that bracket are Altior and Cyrname. Both would be major players, if lining up in the Ryanair, but Altior is likely to try and regain his Champion Chase crown, while Cyrname is destined for a crack at the Gold Cup, so if you fancy that duo then make sure it's with a bookmaker offering Non Runner No Bet.

While Min will spearhead the Mullins team in the Ryanair, the master of Closutton has a host of eye-catching entries with Melon and Allaho just two of those etched in the 50-strong list of entries. Like stablemate Min, Melon has been a regular at the festival and has remarkably finished second at the last four meetings. Second in the 2017 Supreme was then followed up by a brace of runner-up finishes in the 2018 and 2019 Champion Hurdle, while last season he was touched off by Samcro in the Marsh Novices' Chase. Set for a fifth crack at the Cheltenham Festival, Melon will be a lively contender, but was beaten by Min in the John Durkan and then finished third in the Savills Chase, so he may not have the class needed to land this prize.

Allaho has run at the last two festivals and placed both times with a third placed finish in the 2019 Albert Bartlett followed by a third spot in the 2020 RSA Chase, and he was last seen finishing fourth in the Savills Chase, and he's a horse that could struggle over this trip, and connections should possibly look at a tilt at the Gold Cup.

Samcro, who won the Marsh last season, is another prominent Irish runner, but Gordon Elliott's raider has showed no signs of building on that novice success and he could only finish third at Down Royal on his comeback run, while he was pulled up in the Savills Chase. As big as 16/1 with some firms, the 2018 Ballymore winner will find it tough to record a third Cheltenham Festival success.

Nicky Henderson last tasted victory in the Ryanair Chase back in 2012 with Riverside Theatre, but the Seven Barrows handler could have a strong contender in the shape of recent Peterborough Chase winner Mister Fisher, who is hovering around the 16/1 mark at the time of writing. Fourth in last year's Marsh, Mister Fisher kicked off this season in the Paddy Power Gold Cup, but he was pulled up in that event, however, bounced back to form with aplomb landing the Peterborough Chase, which was held at Cheltenham. He beat Kalashnikov (33/1) impressively that day and shaped like there's more to come over the larger obstacles. Stamina could prove a mild concern for those backers of Mister Fisher, but he oozes class when on song, so has to warrant respect.

Further down the betting there are some classy horses priced 25/1 and bigger with the likes of Top Notch (33/1) and Shattered Love (40/1) just two that catch the eye, but the one that could provide some eye-catching each-way value is the Nigel Twiston-Davies-trained Al Dancer, who at 50/1 looks significantly over-priced. The eight-year-old failed to land a blow when well fancied for the 2019 Supreme Novices' Hurdle, while Al Dancer could only finish fifth in last year's Arkle Challenge Trophy. Upped in trip by Twiston-Davies, the eight-year-old won at Newton Abbot over two and a half miles back in October, while he ran a fine race when third behind Coole Cody in the Paddy Power Gold Cup. Unable to play a primary role when ninth in the Caspian Caviar Gold Cup a month later, Al Dancer may have found soft conditions a struggle, so the potential quicker spring ground at the festival could play to his strengths.

The son of Annamix will need to produce a notable career best if he is to get the better of the likes of Min and Imperial Aura, but Al Dancer is one that should take his chance in this race, fitness permitting, and having shown he can shine on the big stage when winning the Betfair Hurdle earlier in his career, then the Naunton inmate is significantly over-priced at 50/1, and is the tentative each-way selection in a wide open betting heat.