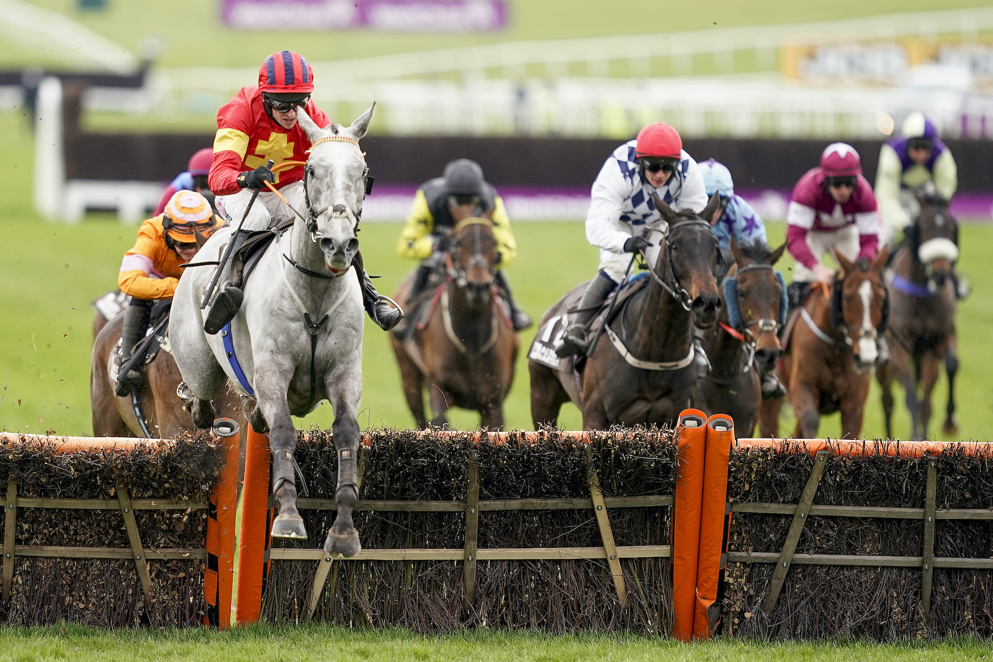 Vanillier won the Albert Bartlett at the 2021 Cheltenham Festival.

Fifty-two horses have been entered for the 2022 Albert Bartlett Novices' Hurdle, which takes place at the Cheltenham Festival on March 18. We take a look at the list of entries for the Grade 1 event, which is run over three miles...

Gordon Elliott has an embarrassment of riches in the staying novice hurdling division and he holds a strong hand at the top of the latest Albert Bartlett Novices' Hurdle betting, at the time of writing. Elliott has entered seven horses for the Grade 1 contest on the Friday at Cheltenham, and the Cullentra House crew could be spearheaded by the hugely impressive Ginto, who was last seen bounding to glory in the Grade 1 Lawlor's Of Naas Novice Hurdle. The current 6/1 favourite had previously beaten Joseph O'Brien's smart Eric Bloodaxe in a Grade 2 at Navan, and the O'Brien raider is another notable entry in the line-up and is 12/1 at the moment.

Not only will Ginto fly the flag for the Elliott team, but Grade 3 winner Hollow Games (7/1), is set to take his chance, and he will be looking to reverse the form of the Lawlor's Of Naas, as he could only finish third behind Ginto. Other notable mentions from the Elliott team include Gerri Colombe (8/1) who has won four from four under Rules, and looks an exciting prospect, while Minella Crooner (10/1) won at Punchestown last time out and looks a smart performer.

Henry De Bromhead trained subsequent Cheltenham Gold Cup hero Minella Indo to glory in the Albert Bartlett back in 2019, and he will hold a strong challenger here in the shape of Journey With Me. who does also hold an entry in the Ballymore Novices' Hurdle, but the 6/1 chance caught the eye when beaten Minella Crooner and the classy Kilcruit last time out, and he could figure here. 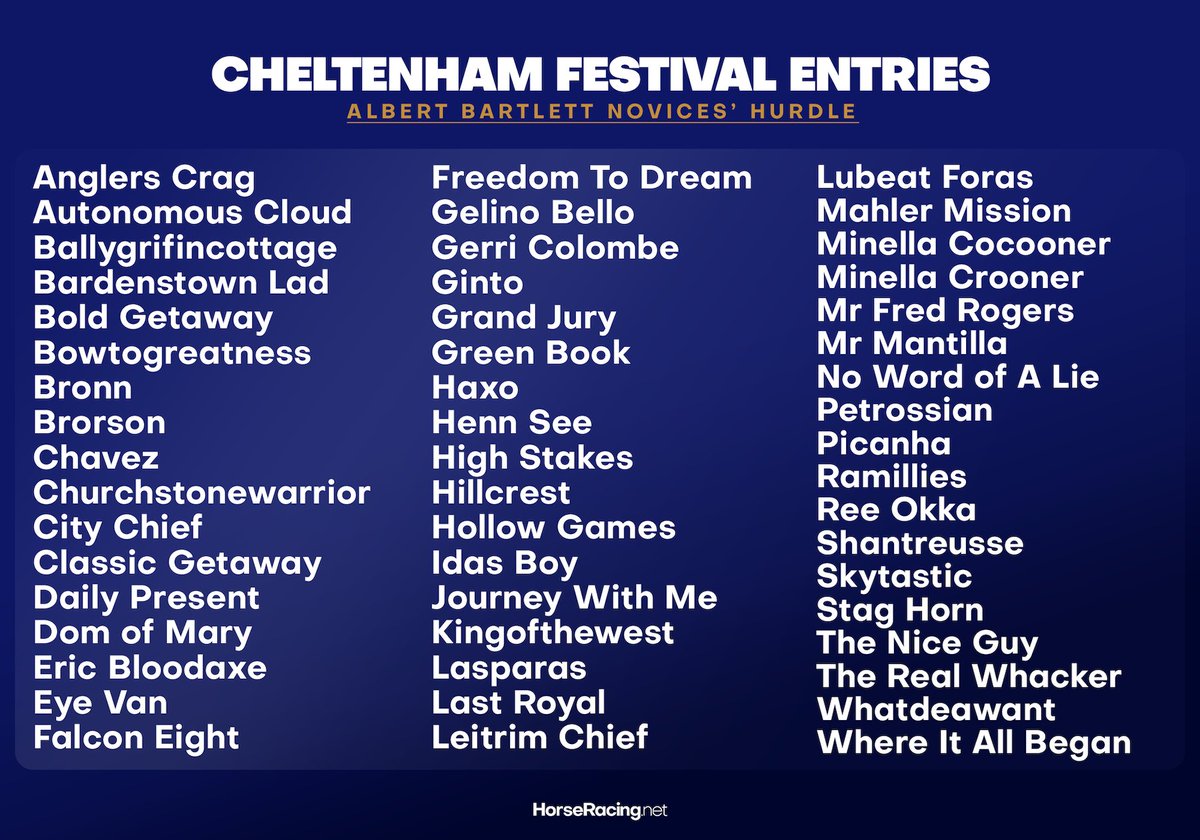 And there's 52 in the Albert Bartlett!

Anyone catch your eye? 🔍

Willie Mullins has trained the winner of this event twice (Penhill 2017 & Monkfish 2020) and he holds nine entries in the 2022 running of the Albert Bartlett, however, at this stage he doesn't hold a prominent figure in the betting. The NIce Guy remains unbeaten after two starts, but the seven-year-old will need to improve on what he has shown to date, and that is why he's a 33/1 chance in the ante-post betting. Classic Getaway had been highly touted, but defeat to Cash Back saw him ease to 33/1 for this event, while Bronn (33/1) is another at double carpet that will need to build on what he has shown in his fledgling career.

Henry Daly's Hillcrest got the better of the well thought of I Am Maximus of Nicky Henderson's at Cheltenham last time out, and he's now a best-priced 20/1 chance to maintain a winning run that has seen him get his head in front the last four times. Entered for the Ballymore as well, Daly's raider could take his chance here in what looks like a wide open affair, and he could be one of the leading British-trained runners.

A real smart stayer on the Flat, the Archie Watson-trained Stag Horn has blossomed over timber and got his head in front in the Grade 2 Leamington Novices' Hurdle at Warwick last time out, and at 20/1 is an eye-catching home raider.

However, with the Irish dominant in the betting, it's going to be a tough ask for the home team, and there could be a fourth consecutive Irish-trained winner of this contest come March.