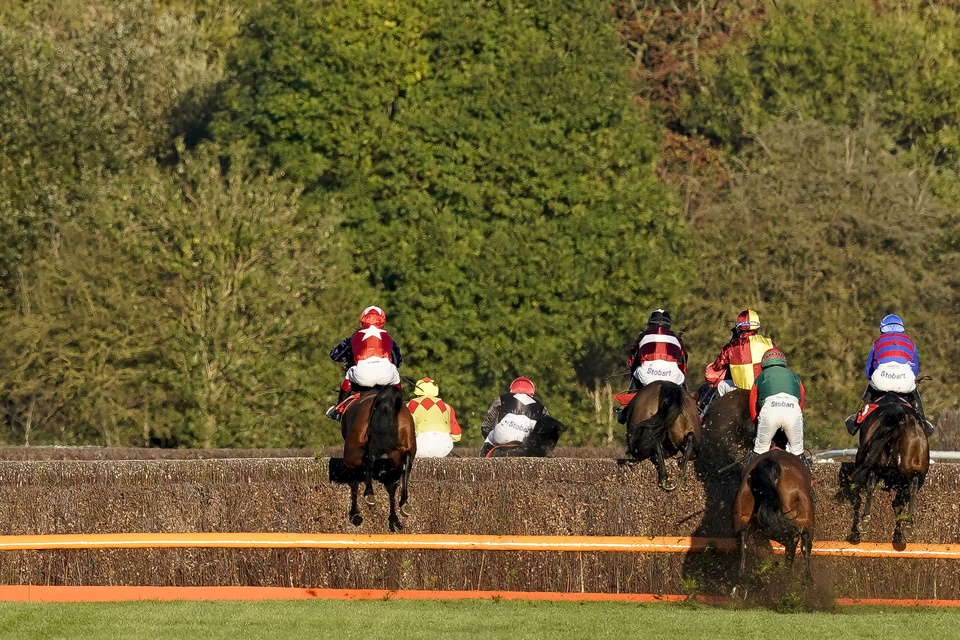 Boxing Day Tips: Check out our fancies for Sunday's racing.

A whopping eleven horse racing fixtures will take place across the UK & Ireland on Boxing Day, and our in-house tipster Steve Chambers focuses his attentions on the action at Kempton Park and Leopardstown, and he picks out his four best bets here...

Nicky Henderson will be doubly represented in the 13:20 contest and stable jockey Nico De Boinville will partner the well fancied Bothwell Bridge, who was impressive last time out at Sandown, but will have to carry a 6lb rise for that success. However, it's the other Henderson runner, Mister Coffey that makes most appeal, as he can break his chasing duck with victory for Sean Bowen in the saddle.

A classy handicap hurdler for the Seven Barrows team, MISTER COFFEY was well backed on his chasing debut at Newbury, but was comfortably beaten by Not Available and Solo. That form has certainly been franked with Not Available going on to taste victory next time out as well, while Solo is a smart horse in his own right. Lining up here off a mark of 138, Mister Coffey is well and truly capable of landing a significant blow, and if Bowen can get him into a rhythm over fences then he has to be the one they all have to beat.

The Paul Nicholls-trained Danny Kirwan has proven popular with punters all week, and he adds more depth to the contest, while Ben Pauling's Your Darling will look to bounce back from a loss at Aintree last time out, but he had previously won over fences, so is of interest.

A field of nine head to the 3m start for the King George VI Chase, and former winners Clan Des Obeaux and Frodon will be attempting to hand Paul Nicholls and unprecedented 13th win in the Kempton Park festive showpiece, but the pair of class acts may have to play second fiddle to a proven top notch star here.

Henry De Bromhead's MINELLA INDO produced a scintillating display at the Cheltenham Festival in March to claim glory in the Cheltenham Gold Cup, and while he was beaten by Frodon at Down Royal earlier this season, the Irish raider can reverse that form around here. Some have questioned whether Minella Indo will take to the rapid hustle and bustle of a King George, as he's more suited to a stamina test like the Gold Cup, but Frodon is sure to make it a fiercely run race from the flag fall, so Minella Indo's stamina will certainly come into good use in the closing stages.

Undoubtedly the classiest of the nine runners taking their chance, Minella Indo can stalk the Nicholls duo until the second time down the back straight, and will then pull clear in the closing stages to etch another Grade 1 on his CV, and duly hand the Irish their first win in the race since 2005.

A runaway winner of the Ladbrokes Trophy at Newbury, Cloudy Glen will attempt to follow up by claiming victory in the Rowland Meyrick at Wetherby, but he's given a huge hike in the weights by the handicapper, so he faces a really stiff ask to strike gold once again off of 153.

The ultra-consistent Nigel Twiston-Davies-trained Good Boy Bobby is another that could be in the handicapper's grip, while a possible improver that should go close is Fergal O'Brien's Silver Hallmark, who is currently sitting at the head of the betting.

But, the one worth taking a chance with is the 2019 Rowland Meyrick winner TOP VILLE BEN, who was a runaway eight length winner of this contest two years ago, and he lines up off 153 here. A winner off a mark of 154 in 2019, Phil Kirby's raider is entitled to be on the vicinity, should he produce his best, and while he was off the track for a while, he could recapture his best form in this event.

Fifth in the Charlie Hall Chase back in October, he was then last seen falling in the Becher Chase at Aintree. A return to regulation obstacles on Sunday afternoon will see him in his best light, and now back in the handicap sphere he can cause a minor shock here.

Two starts ago, Rose Of Arcadia shaped like the winner for all money in a Wincanton hurdle event, but the mare tired in the closing stages and had to settle for third place behind Wynn House. Disappointing next time out when eighth at Cheltenham on her first start over fences, ROSE OF ARCADIA will now look to recapture her best form when she lines up in the 12:53 at Wincanton on Boxing Day.

Given a notable boost by the handicapper - with her being dropped 2lb from 119 to 117 - she will also benefit from Mitchell Bastyan taking 3lbs off her back, so she's very attractively handicapped to go very close in a trappy looking betting heat, if she can improve on her second chase start.

A winner back in February at Wincanton in soft conditions shows she is more than capable of getting her head in front, and should any rain hit the track in the lead up to the race then that should give her chances another boost. So, everything is set fair for a big run, and Rose Of Arcadia can kick off the afternoon on a winning note.