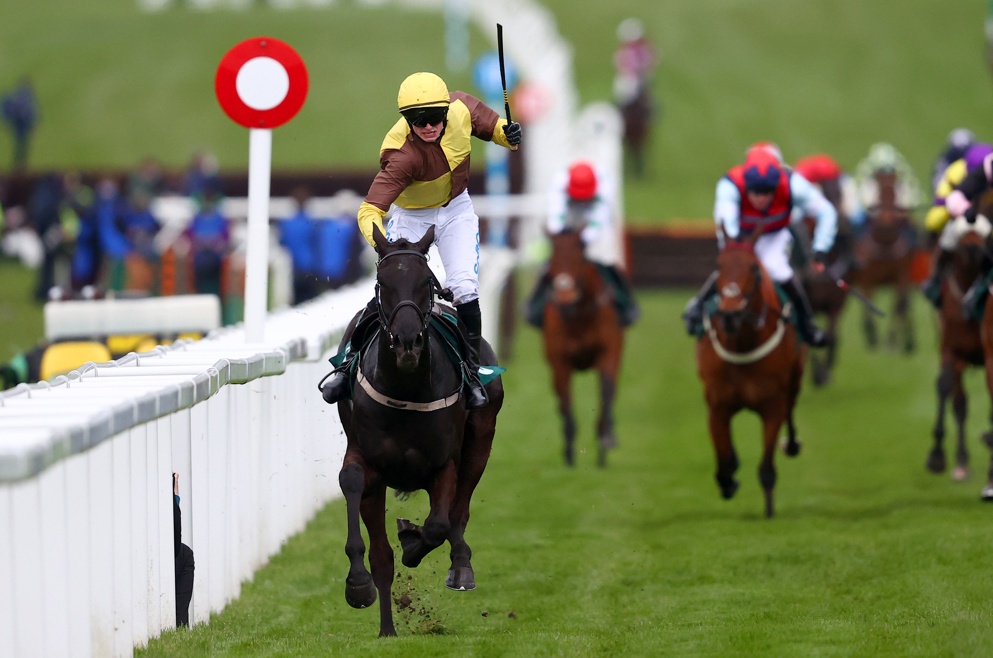 Galopin Des Champs and Bravemansgame feature among 47 entries received for the Brown Advisory Novices' Chase, which will be run on day two of the Cheltenham Festival. The top class staying novice chasers dominate the ante-post betting, and we take a look at the entries for the three-mile Grade 1 here...

A dominant winner of the Martin Pipe at last year's Cheltenham Festival, Galopin Des Champs was always destined to improve for the switch to fences, and he produced a sumptuous chasing debut at Punchestown, as he sauntered to a 22-length win in a beginners chase over 2m 5f. Instantly slashed for the Brown Advisory Novices' Chase, the Willie Mullins-trained star is now a red-hot 6/4 favourite, at the time of writing, and he is one of the star attractions in the list of entries for this year's Grade 1 contest.

Still inexperienced, Galopin Des Champs could well be seen at the Dublin Racing Festival next month, as he steps up in class for his second outing over fences, but having sparkled on his chase debut then it's no shock to see him sitting at the head of the betting, and he's sure to be a leading contender for the Mullins team.

Currently second in the betting is the Paul Nicholls-trained Bravemansgame, who has been a revelation over fences, and at 4/1 is a notable adversary to Galopin Des Champs, and he will most certainly lead the British challenge. Third behind Bob Olinger in last season's Ballymore Novices' Hurdle, the Ditcheat inmate made his hotly-anticipated chase debut at Newton Abbot and he easily defeated Fusil Raffles. A comfortable win over the solid yardstick Itchy Feet at Haydock in November was followed by an authoritative victory over the classy Ahoy Senor in the Grade 1 Kauto Star Novices' Chase at Kempton Park on Boxing Day. Faultless to date over fences, Bravemansgame has a lot more experience than Galopin Des Champs, and the pair should serve up a thrilling spectacle. 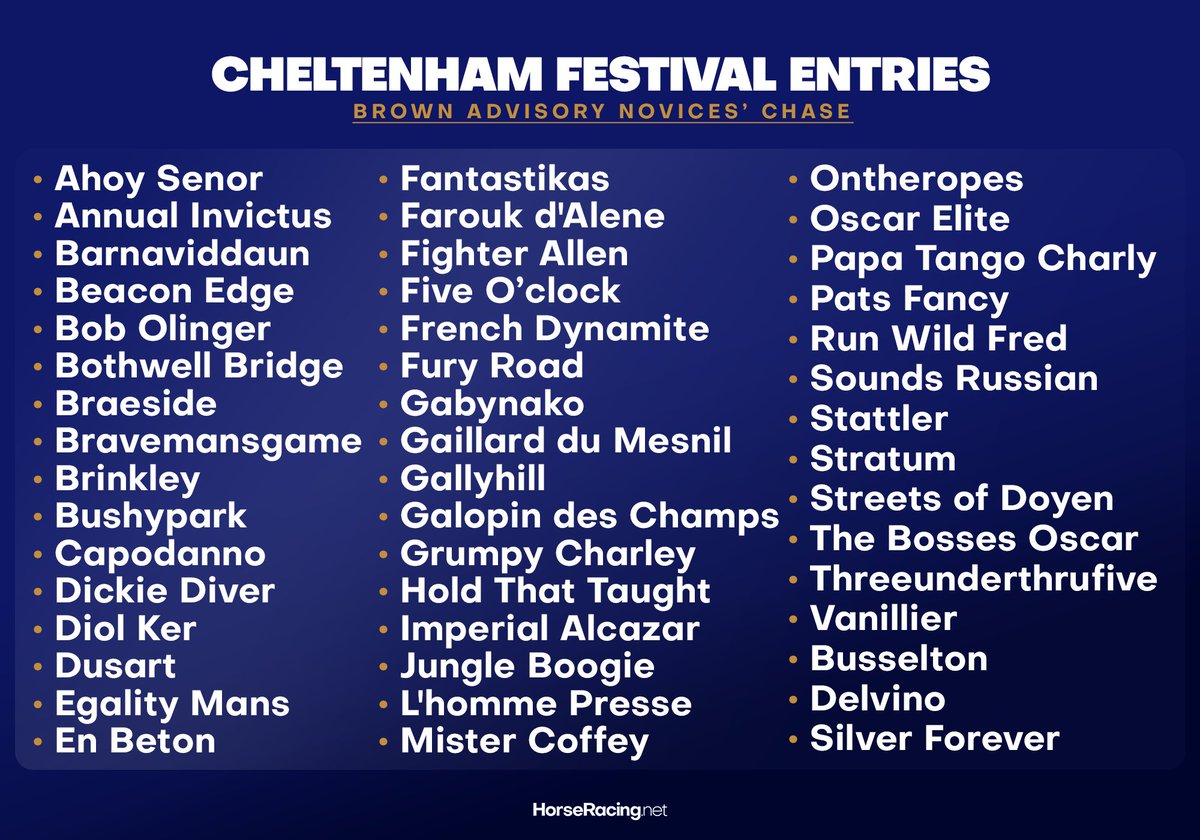 A whopping 47 in the Brown Advisory Novices' Chase!

Another race that could well be a cracker... 🙌

Henry De Bromhead's Bob Olinger features in the 47-strong entry list, but he's set for a crack at the Turners Novices' Chase over a shorter trip, so while he'd be a phenomenal addition to the field, he's an unlikely starter at this stage, and is a 33/1 chance in the ante-post betting.

Beaten by Bravemansgame at Kempton over Christmas, Lucinda Russell's Ahoy Senor is set to have another crack at the Nicholls raider and he is a fancied contender around the 10/1 mark, while Capodanno - who was well beaten by Bob Olinger at the Leopardstown at the weekend, is also on the list of entries.

Gordon Elliott's Fury Road got the better of Run Wild Fred in the Grade 1 Neville Hotels Novice Chase earlier in the season, and that pair are both entered for the Brown Advisory, while recent Hampton Novices' Chase winner Threeunderthrufive could add more depth to the Nicholls charge, but he's also entered in the National Hunt Chase.

Of the others, Beacon Edge, Stattler and Jungle Boogie are another classy trio that could take their chance in what is set to be an epic renewal of the three-mile Grade 1 novice chase.