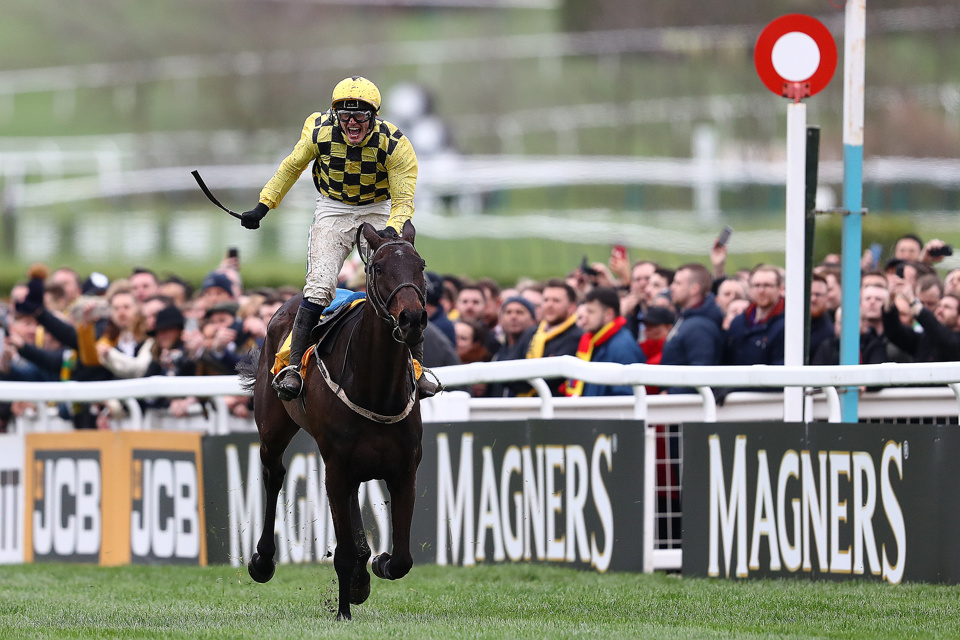 Check out our Cheltenham Gold Cup Runners Guide, as 12 horses go to post for the Cheltenham Festival showpiece, with Al Boum Photo the one to beat...

Bidding for a third win in the race have stormed to victory in 2019 and 2020. Proven class act at the very highest level and won his sole start this season at Tramore, which should have him A1 form for this contest. The nine-year-old is a classy performer, who will relish a return to Cheltenham and sets the standard for others to meet in a fascinating renewal on Friday afternoon.

Won the 2019 Novices' Handicap Chase at the Cheltenham Festival, and has progressed into a top class performer at the highest level. Was a creditable third in the Ryanair Chase at last year's festival, and showed his class when storming to victory in the Savills Chase at Leopardstown in late December. Lines up for the deadly duo of Rachael Blackmore and Henry de Bromhead and has to stand a huge chance.

A Cheltenham Festival regular who has been placed in two Ryanair Chases. Into the twilight of his career now, but the 11-year-old has put in some creditable efforts at Warwick at Kelso this season, with the latter seeing him finish second to Grand National favourite Cloth Cap. Likes Cheltenham, but this looks a bridge too far.

A Grade 1-winning hurdler, who finished second in the 2018 Ballymore at the Cheltenham Festival, but has failed to build on that performance over fences in recent seasons. The ten-year-old was last seen finishing sixth in the King George VI Chase at Kempton Park on Boxing Day, so will need to improve on that effort to stand any chance.

Stormed home late to win the RSA Chase at last year's Cheltenham Festival, and had previously finished second in the 2019 Ballymore, so has a fine record here. The nine-year-old's preparation has been odd having warmed up for this with a decent second placed finish in the Game Spirit Chase over two miles, but he is a class act and has to be a leading contender for the British.

Superb winner of the 2019 Ryanair Chase, who has been in the form of his life this season. Won a Cheltenham handicap chase in impressive fashion in October, but his highlight this term came at Kempton on Boxing Day as he bagged a shock win in the King George VI Chase. Has a superb record at Cheltenham, and while some have stamina doubts he has proved his doubters wrong for years now, so can't be dismissed.

Yet to taste victory at Cheltenham in five visits and has failed to fire in the Cheltenham Gold Cup in 2019 and 2020 (UR in 2019, 7th in 2020), but is a proven class act in Ireland. Was just touched off by A Plus Tard in the Savills Chase two starts ago, but showed his class when winning the Irish Gold Cup at Leopardstown in February. Has to be considered if at his best.

Runner up in the 2019 JLT Novices' Chase and appeared to be the new kid on the block when winning the 2019 Betfair Chase at Haydock Park. However, Colin Tizzard's charge has been indifferent since, and while finishing third in last year's Cheltenham Gold Cup, he has blown more cold than hot and was last seen finishing fifth in the Denman Chase at Newbury.

Multiple Grade 1 winner, who won the 2019 Albert Bartlett and finished an excellent second in the 2020 RSA Chase. Kicked off this season with a brace of Graded wins at Wexford and Navan, but was a faller in the Savills Chase when well fancied. Last seen finishing fourth from five in the Irish Gold Cup in February, so has to bounce back to form, but with such a good record at Cheltenham he needs to be on the shortlist.

Eleven-year-old who was a fine winner of the 2018 Cheltenham Gold Cup. Finished fourth in the 2019 renewal behind Al Boum Photo, and has only been seen a few times on a racecourse in recent seasons. However, showed he's still top class when leading all the way to win the rearranged Cotswold Chase at Sandown Park, so is an interesting contender. Bidding to become the second horse (Kauto Star was the first) to regain the Cheltenham Gold Cup crown.

Hugely progressive seven-year-old novice chaser, who scooted clear to win the Peter Marsh Chase at Haydock Park last time out. Opted to veer away from the novice chases at this year's festival and go for gold in this contest, so is an intriguing runner for Venetia Williams. Faces the toughest test of his career, but he has shown he oozes class, so has to be respected, as more improvement could come on Friday.

Was a narrow second in last year's Cheltenham Gold Cup having previously has finished third in 2018 Albert Bartlett and second in 2019 RSA Chase, so has a fine festival record. Below his best this season suffering defeats in all three outings and was last seen finishing third behind Native River in the Cotswold Chase. Drying ground would be a hindrance, but has shown he relishes the test of the Gold Cup, so is another notable contender.