You are using an outdated browser. Please upgrade your browser to improve your experience.
This website uses cookies
Cookies help us and our partners provide statistics. By browsing this website, you consent to the use of cookies in accordance with our Cookies Policy.
Accept & Close
Cheltenham Races Cheltenham Tips Cheltenham Odds Cheltenham Results Cheltenham Free Bets
By Joe Tuffin 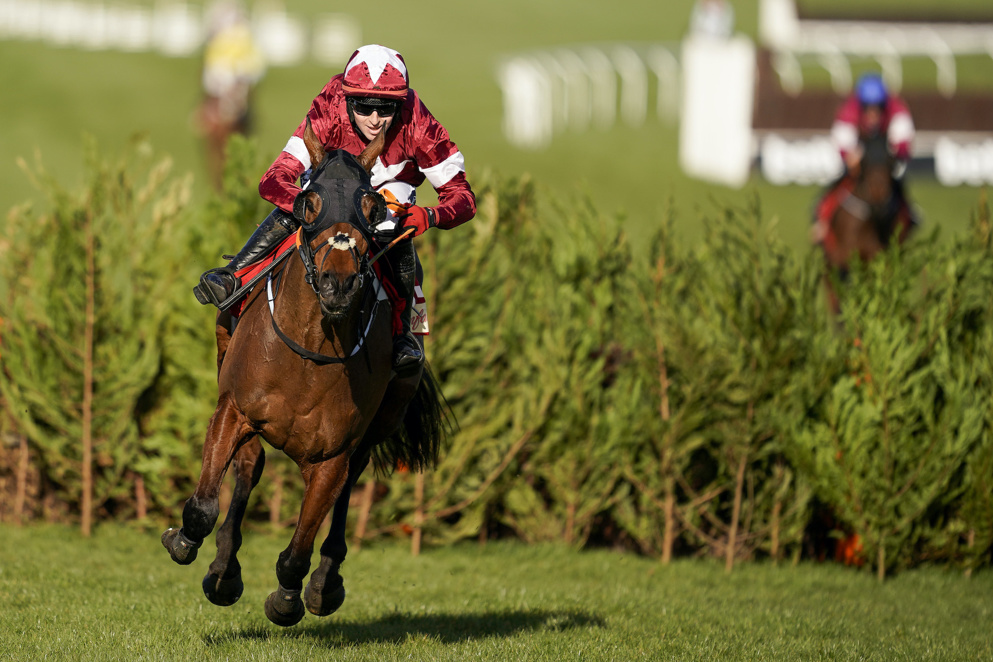 Tiger Roll is bidding for a fourth win in the Cross Country Chase.

Always a spectacle, the Cross Country Chase sees 26 entered in the tricky three-mile-and-six-furlong event at the Cheltenham Festival…

The 2022 Cross Country will be about one horse, the current ante-post favourite Tiger Roll, who is one of 26 in the event. Denied a chance at a third Grand National, the legendary stayer’s owner Michael O’Leary has said that this, which will be his fifth bid for the race, will be his final, but he has plenty of well recognised opposition.

One of those is Delta Work, the one time Irish Gold Cup winner making the switch to these obstacles after an underwhelming few recent runs. He is an intriguing prospect in this sphere and is certainly to be feared against the favourite, and it certainly won’t be a shock to see the two Gigginstown runners streak home 1-2.

Other well known stayers’ with an entry here include Potters Corner and Lord du Mesnil, both no strangers to these stamina sapping events though it will be the latters first crack at these fences, while old boys Alpha des Obeaux and Step Back return for another bite of the Cross-Country cherry at the grand old aged of 12, both having previous runs here in Cheltenham’s November and December meetings.

Odds for the 2022 Cross Country Chase

Blast of Koeman is one of 14 entries from across the Irish Sea, representing the Peter Maher yard, with master trainer Willie Mullins solely represented by Brahama Bull and Gordon Elliott sending the three prior mentioned Gigginstown runners - those same colours represented by Tout Est Permis for Noel Meade. Henry de Bromhead sends two with Plan of Attack and Poker Party, and legendary cross-country trainer Enda Bolger has four with Shady Operator, Prengarde, Midnight Maestro and Champagne Platinum. The other Irish raiders are Super Citizen and Mitchouka for Eugene M. O’Sullivan and J. T. R. Dreaper respectively.

The 2020 winner Easysland is in there, though now under the guidance of Jonjo O’Neill after leaving David Cottin’s yard - who is now represented by Mon Prestige, with the only other French representative being seven-year-old Feu du Large for Patrice Quinton.

Dawson City will bring the experience to the race being the oldest entered at 13 for Santini’s trainer Polly Gundry, with Two Taffs and Saint Xavier also flying the flags for the veterans.

The field is completed by Diesel d’Allier, who won over these obstacles at the December meeting, and Kilbrook and Back On The Lash.