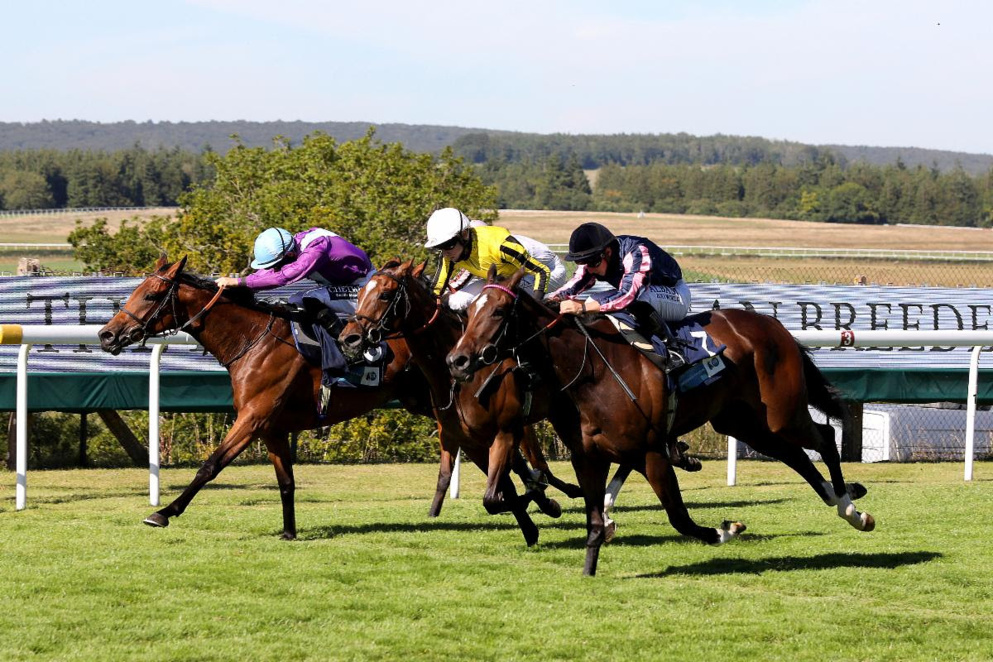 The Stewards' Cup is one of the most competitive handicaps of the season.

There can be no doubt that the Stewards’ Cup is one of the trickiest puzzles of the season to solve for punters, and finding the winner of this big-field sprint handicap - on one of the fastest sprint tracks in the country - is certainly a badge of honour akin to backing the winner of the Grand National for anybody that’s able to do so each year.

However, punters do have a good record in this race in recent years, and four favourites have won in the past 10 years (along with a further two horses returning home at single prices), including last year’s winner, Khaadem, who was subject to a big gamble when justifying 4/1 favouritism.

Khaadem produced a victory in the style of a Group performer who was lurking in handicap company 12 months ago, and while we may not have that kind of profile this time around, what we can take away from that performance is that he did so from a low draw in stall three.

Indeed, three of the last five winners have come from particularly low draws (Khaadem in stall three, Dancing Star in stall four in 2016 and Magical Memory from stall one in 2015), and three of this year’s market principals fit into that category; Meraas, Gulliver and Kimifive.

The first-named is just one of two three-year-olds taking their chance in this year’s renewal, and he arrives here on the back of winning the Scottish equivalent at Hamilton a fortnight ago. He’s improved at a rate of knots in his five starts to date, meaning he could yet still find more for a 6 lb rise, though this prominent type tends to take a keen hold in his races, and he could well burn plenty of unnecessary energy early on in what will likely be a frenetically-run affair. The other three-year-old is Lexington Dash, who was a good fourth in a valuable handicap at Newmarket last time, and can’t be ruled out under a 2 lb rise in the weights - though it must be noted that young Thore Hammer Hansen can only claim 3 lb here.

Kimifive tends to leave it late until making his challenge, and he caught the eye when making good late headway in this last year, finishing tenth but with plenty of running still left. He shaped similarly well when sixth in the Bunbury Cup last time, and while he has to be taken seriously considering he won over seven furlongs here last May, he will need plenty of luck. Meanwhile, Gulliver took advantage of his rider’s 5 lb claim to finish an excellent second in a competitive affair at the Curragh two weeks ago, but this is tougher raised 4 lb here.

One who arrives here on the back of a high profile success is Hey Jonesy, who won last month’s Wokingham Stakes at Royal Ascot. He took advantage of a career low mark to do so, but he isn’t weighted out of things now raised 5 lb if able to repeat that. Meanwhile, Barbill defeated Kimifive when scoring at Haydock last month, though that was a clear career best and he’ll need more under a 5 lb penalty.

Three more who are regulars in this sphere are Danzeno, Angel Alexander and Summerghand. The first-name is perhaps best known for his exploits at Ascot, but he’s a versatile type, and ran well to finish third over five furlongs at York last time out. He can’t be ruled out, though his mark looks high enough - a comment which also applies to Summerghand, who’s a smart performer but has a lot to do off top weight. Angel Alexander has struggled since winning last year’s Ayr Gold Cup, spending the winter in Dubai, though he’s isn’t without a chance here now just 2 lb higher than for his last success, for all that he’s a long way from his best at present.

The current favourite at the time of writing is Nahaarr, who is an upwardly mobile four-year-old. Indeed, he caught the eye when third in last month’s Silver Wokingham, and landed a gamble when returning to winning ways in good style off a mark of 94 at Newbury last time (Watan second). He tends to make his move late on in his races, meaning he will need some luck in-running from stall 19, but he looked a good way ahead of his mark last time and will have a favourite’s chance under a 7 lb rise. Watan took advantage of the drop out of Group company last time, and there could be more to come from him yet in this sphere.

The in-form Chairmanoftheboard picked up a second win in his last three starts when scoring at Newmarket last time out and is another who’s respected, but it could be worth playing two each-way against the field here, namely Swindler and Aljady. Both have high draws, and Swindler is pretty lightly-raced for a four-year-old. He’s shown some useful form, however, signing off with a win in a competitive affair at Ascot last September.

He isn’t the most-straightforward, and has been led to post the last twice, but the lack of a crowd should assist him, and he’ll strip fitter after finishing fifth on return at Newmarket last month. The almost guaranteed strong pace should give him something to aim at, and it would be no surprise to see him go close.

Playing up before the race, Swindler surges late in the closing stages under @Lsteward4 to triumph at @Ascot, a win for @edwalkerracing... https://t.co/0MyOPUgYw0

Meanwhile, Aljady is a bona fide front-runner. He’s been in fine form since switching to Robert Cowell, winning two of his first three starts for the yard, and he impressed when a commanding all-the-way winner at Windsor last time. This is tougher, but he’s worth his chance up in grade and this ultra-fast assignment should play to his strengths.