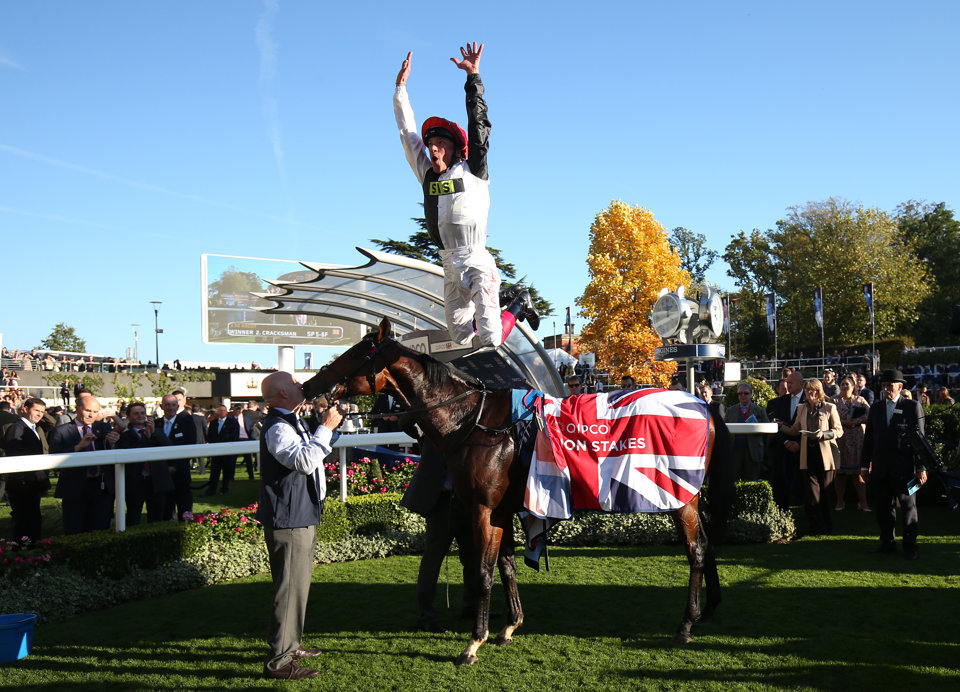 Frankie Dettori has revealed that he’s hopeful of ending his July Cup hoodoo at Newmarket on Saturday with the Irish raider Sceptical.

The veteran jockey has won every other British Group 1 contest during his glittering career apart from the July Cup, and picked up his 70th Royal Ascot success on board Fanny Logan in the Hardwicke Stakes.

And he is hopeful that he has a fine chance on the Irish raider, who produced a fine effort to finish third behind Hello Youmzain in last month’s Diamond Jubilee Stakes at the Royal meeting.

He told the Nick Luck Daily Podcast: “I thought I went a bit too soon (in the Diamond Jubilee Stakes), I hit the front and I stopped. I think that perhaps a bit of soft ground and going a bit too soon could have made a difference between winning and losing.

“Take nothing away from the winner, he’s a very tough horse in bad ground. In the July Cup this year we’re gonna take on the younger horses, so it’s not going to be an easy task, but he’ll have a good chance.

“The only Group 1 I haven’t won in England is the July Cup. Newmarket is my home town, and I was second again last year, so we’re going to try again!"

Meanwhile, Dettori revealed that he was satisfied with Enable’s effort to finish second in the Coral-Eclipse at Sandown on Sunday, adding that he was impressed with Ghaiyyath’s performance to make every single yard.

He said: “He’s very good, especially when allowed an easy lead in a small field, he’s very much untouchable. I thought it was a very good performance, and he beat two good horses in Enable and Japan.

“Over a mile and a quarter I would not be confident (in a rematch), but over a mile and a half, I would. I didn’t want to be too aggressive on Enable after an eight-month lay-off, so I kind of looked after her during the first bit of the race.

“Next time, if I take him on, I’ll be a lot closer and make a race of it, but the King George VI and Queen Elizabeth Stakes followed by the Prix de l’Arc de Triomphe has always been our target.”