You are using an outdated browser. Please upgrade your browser to improve your experience.
This website uses cookies
Cookies help us and our partners provide statistics. By browsing this website, you consent to the use of cookies in accordance with our Cookies Policy.
Accept & Close
Grand National Runners Grand National Tips Grand National Odds Free Bets Sweepstake Aintree
By Russell Palmer 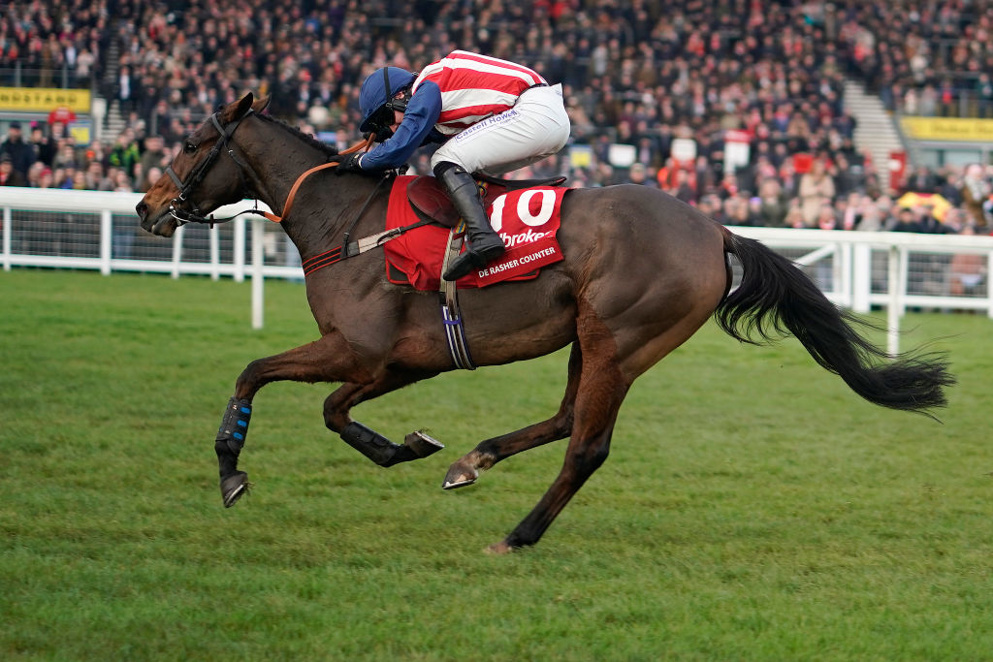 Can Emma Lavelle's stayer make the frame at Aintree?

Emma Lavelle will be bidding for Grand National success with the brilliantly named The Rasher Counter at Aintree on Saturday 9th April. We take a look at the horse's chances and the latest betting in the 2022 renewal...

Whilst Emma Lavelle may miss out with leading fancy Eclair Surf who needs lots to come out of the race to get a run, she'll be looking for consolation with De Rasher Counter. The 10 year old has three chase wins from 10 runs and is coming here off the back of a return to racing following a long lay-off at Newbury in the Denman Chase in March. He was a little out of his depth the last day but also a trip which will have been plenty sharp for him. He does have some good form landing the Ladbrokes Trophy in 2019 which is run over three miles and two furlongs and he races here off the same mark he had that day here.

His jumping should stand up here having only one career fall to his name and that come in the Ballymore Novices' Hurdle at the 2020 Cheltenham Festival, a race incidentally won by Santini who lines up in alongside him in this year's National.

At 50/1, he's a big price here and the trip is a bit of an unknown. Ladbrokes Trophy winners (formally the Hennessy) have a decent record in the race but he pulled up when reasonably well fancied in the 2020 Midlands National at Uttoxeter.

With a career high mark of 158 he could well hit the frame here at a big each-way price if he runs a career best. Owned by the Makin' Bacon Partnership, there's sure to be plenty of support in the parade ring.