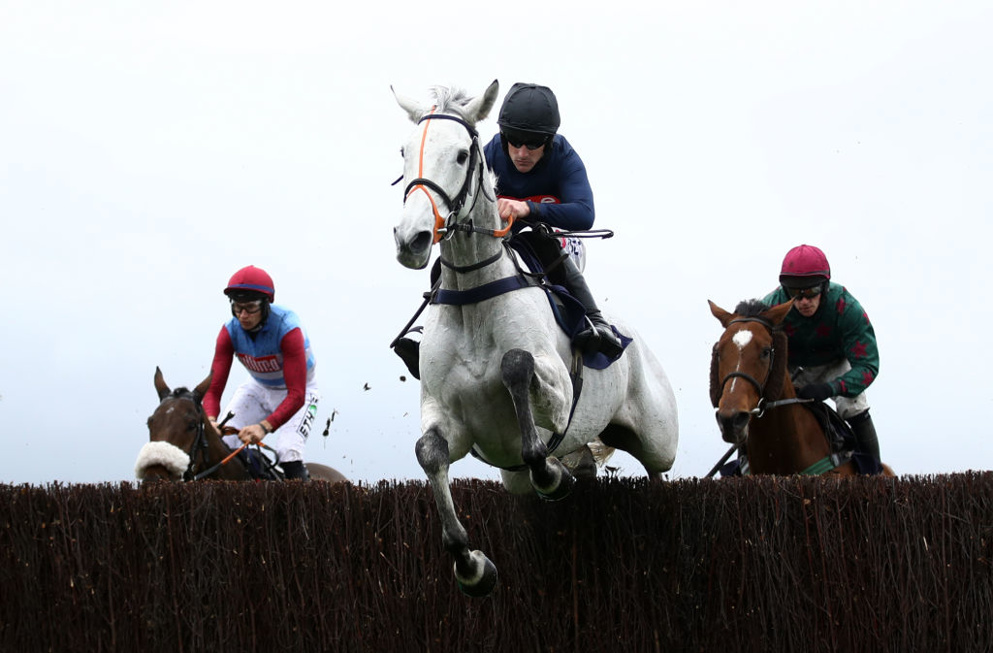 Throughout the history of the Grand National only three grey horses have been victorious in the Aintree showpiece, but there will be the next batch of greys bidding to etch their names alongsides the legendary trio of The Lamb, Nicolaus Silver and Neptune Collonges, and we take a look at the greys lining up in the 2022 National on April 9...

One of the talking horses of the 2022 Grand National, Snow Leopardess has gained continued support in the betting in recent days, and the grey mare is now challenging for favouritism for the world's greatest steeplechase. A sensational season has seen the ten-year-old notch up three wins on the bounce, and the Charlie Longsdon-trained starlet will be well fancied to make it four wins on the spin.

Having won at Bangor on her comeback run, she then produced a career best to storm to glory in the Becher Chase over the National track, and this free-flowing jumper will relish a return to Merseyside to have another crack at the unique jumping test. A 12-length success at Exeter last time out cemented her place in the upper echelons of the betting, and while she steps up markedly in trip here she is an obvious form choice and arguably spearheads the grey challenge.

Second in the Fred Winter at the 2019 Cheltenham Festival, Coko Beach has only won two of his 13 chasing starts, but he showed when winning the 2021 Thyestes Handicap Chase at Gowran Park that he can perform to a high level in a competitive handicap chase, but this will be his toughest test to date. He won the Thyestes off a mark of 138, so a mark of 150 in the Grand National will be tough, and he was last seen finishing last of four in the Bobbyjo Chase in February.

Has found it hard all season to land any sort of blow in tough staying handicap chases and the Gordon Elliott-trained raider looks up it against here as he appears to still be in the handicapper's grip, so it's no surprise to see him a huge price for the Aintree honours.

A real delight to watch over fences, Commodore produced a sparkling display to win at Cheltenham in December, where he beat Mister Fogpatches and Santini in sparkling fashion, and he will look to follow up here. Has snuck in at the bottom of the weights, so he will have a featherweight to carry here, but he's been given a notable hike for that Cheltenham win, so will need a career best.

Is sure to be towards the front of affairs, as he looks to show off his fine jumping ability, but it could be that he lacks the class to down some of the more fancied rivals in the 2022 Grand National.