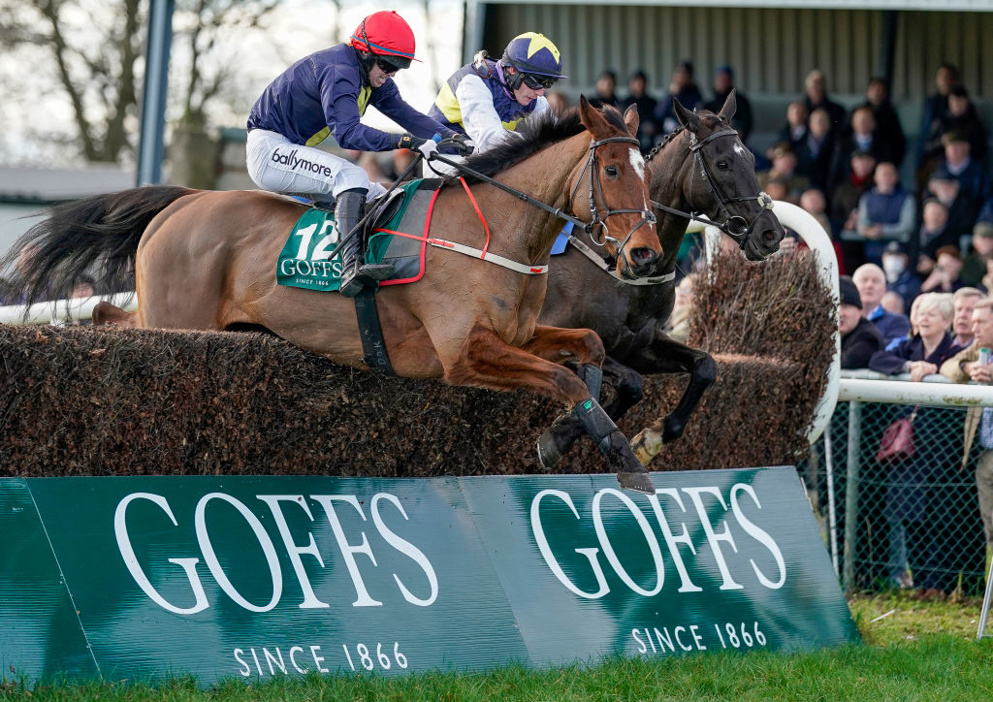 Longhouse Poet was a fine 6th in the Grand National.

After a busy season over the sticks, Dan Overall is back for his final eye-catchers column, and he ends his in-depth series with four potential improvers for your notebooks...

A mare I’ve always had a lot of time for, Animore made a pleasing return from a 139-day break. Notably weak in the market, which was perhaps not surprising given the length her absence, she shaped well for a long way with Conor O’Farrell giving her an easy time once her chance was gone.

It’s difficult to ascertain whether the absence was due to injury or whether it was intentional with a view to a summer campaign, although I suspect she shall be able to capitalise should it be the latter.

She ran many fine races over fences earlier in the season and considering her reappearance came over hurdles, I suspect she will be capable of winning again once reverting to the larger obstacles.

Another mare returning from a long absence, Howdilyoudo shaped remarkably well with a view to a summer campaign.  A dual winner at Worcester last year, the daughter of Presenting appeared to appreciate a step up in trip and she duly delivered once stepped up in trip.

Having looked outpaced on her reappearance, she kept on well without ever threatening the winner but the way she stuck to her task after taking a blow was highly encouraging.

Her current mark doesn’t appear to be prohibitive and with this run behind her, she is capable of claiming a third run under rules sooner rather than later.

Flagged back in 2021 in this column, I was adamant that King D’argent would revert to being ridden positively once in a big spring handicap. And yet, as he lined up in the Red Rum, I was shocked and disappointed to see him, yet again, being ridden with constraint.

Ultimately, he finished well beaten having made numerous jumping mistakes, none more notable than the last but the fact that he was able to threaten on the home turn given how the chase course undoubtedly favours those who are ridden prominently suggests that King D’argent is capable of landing a handicap from this mark.

At this stage, I am unsure as to what the target will be but I am sure he is still a much suited to being ridden from the front; watch how he is positioned pre-race next time he is on the racecourse – if he looks like being ridden positively, I suspect he will go very close.

I must admit, my view of the Grand National was obstructed from my position in the pub.

It was made more confusing by the fact that the stream on my phone seemingly went from ten-seconds ahead of the TV to five-seconds behind as the leaders jumped the second last.

That made following my main selection, Longhouse Poet, a particularly strange experience.

Having travelled like a dream on the inside throughout much of the race, he took a share of the lead on the run to the second last and traded at a low of 7/2.

And to my disappointment, he faded after jumping the second last, eventually finishing well beaten in sixth.

As just an eight-year-old with six starts over fences, perhaps it came a year too soon for Longhouse Poet and he certainly wouldn’t be the first to run well in defeat at his age. Hedgehunter is an example that springs to mind, having fell when fading on his first attempt at the very same age as Longhouse Poet, before winning a year later.

And while I am not suggesting a similar path awaits, I do think Longhouse Poet showed a good aptitude for the fences and given it was just his seventh start over fences, it would not surprise me in the slightest should he be a leading contender in twelve months’ time.

2023 Grand National
Today's Horse Racing Tips: The most tipped up horses from across the 10 race meetings on Saturday
By Russell Palmer