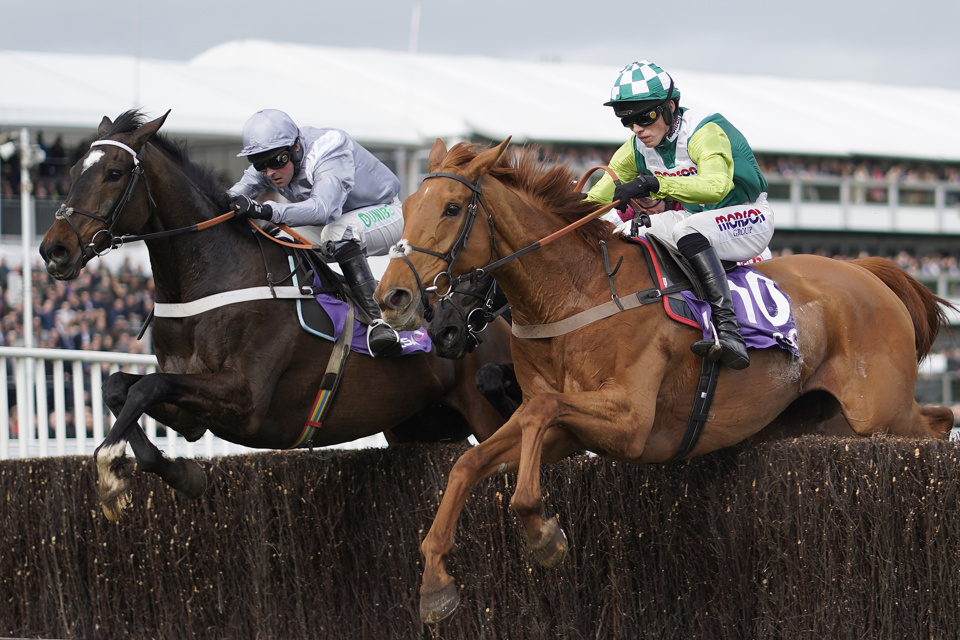 Second in the RSA last season, Santini can go one better in the Cheltenham Gold Cup in 2020.

With the entries for the 2020 Magners Cheltenham Gold Cup now released, Steve Chambers has taken an in-depth ante-post look at the Cheltenham Festival showpiece, which will takes place on March 13, and picks out his best bet...

Willie Mullins was entitled to be pleased following reigning Cheltenham Gold Cup hero Al Boum Photo's winning return at Tramore on New Year's Day, but while the champion serenely kicked off his season on a positive note, a host of his potential challengers in the Cheltenham Festival showpiece have struggled to show their best with any sort of consistency this season.

A blurriness hovers around the latest Cheltenham Gold Cup betting market two months from the big race, but a solid fixture at the top of the betting is Al Boum Photo, whose facile six-length victory over Acapella Bourgeois in a Grade 3 contest at Tramore - the same race that he won on reappearance last term - has seen the eight-year-old cement his place at the top of the ante-post odds.

Given an exquisite, waiting ride by Paul Townend in last year's Gold Cup, Al Boum Photo is to follow the same path as last year, as he will now be put away following his Tramore win and will next be seen at Prestbury Park on the final day of the four-day extravaganza.

However, everything fell right for him in last year's race, and he was unable to follow up his victory at Punchestown, where he was beaten by stablemate Kemboy in the Punchestown Gold Cup. A faller at the first fence in last year's Gold Cup, Kemboy rocketed back into the limelight with a win in the Betway Bowl at Aintree before going on to down Al Boum Photo at the Punchestown Festival.  But, a lacklustre performance on his comeback run - where he was fourth to Delta Work in the Savills Chase at Leopardstown - means that Kemboy has some questions to answer.

It was great to see @MagnersUK Cheltenham Gold Cup winner Al Boum Photo make a winning start to 2020 on Wednesday...🏆

Will he retain his crown in ten weeks time? 👑

Clan Des Obeaux's emphatic 21-length victory over stablemate Cyrname in the King George VI Chase on Boxing Day is arguably the strongest form line to date from the UK challengers, but having finished fifth in the Gold Cup last season, the Paul Nicholls-trained contender may struggle to deal with the undulations of GL50 once again, and will play a secondary role.

The fact that the Ditcheat inmate's last three wins have come at right-handed tracks suggests that Clan Des Obeaux is one to avoid in the Gold Cup market, and I'd much rather look at a horse he beat in the King George VI Chase in Lostintranslation, who flopped at Kempton Park, but had previously put up a fine effort to win the Betfair Chase at Haydock Park.

A gallant runner-up to Defi Du Seuil in last year's JLT Novices' Chase at the Cheltenham Festival, Colin Tizzard's Lostintranslation went on to score in the Grade 1 Mildmay Novices' Chase at Aintree, while a comeback win at Carlisle was followed by that stunning one-and-a-half length win over Bristol De Mai at Haydock in the Betfair Chase.

Nevertheless, he struggled to land any sort of blow in the King George, as his jumping showed uncharacteristic flaws, and Robbie Power was unable to get him into contention with the front-running Cyrname and Clan Des Obeaux. The pace in the Gold Cup is likely to be slightly less frantic, so Power will look to get his mount in a rhythm, but while he may travel eye-catchingly during the way, he may just come unstuck to a better stayer up the hill, and much like his defeat to Defi Du Seuil last season, he may just get outclassed in the closing stages.

A vital form line when assessing the 2020 Cheltenham Gold Cup is last season's RSA Chase, which was won by Topofthegame, who will miss this year's festival having picked up an injury. But, a half-a-length runner-up in that three-mile Grade 1 novice event was the Nicky Henderson-trained Santini, while back in a third was the Gordon Elliott-trained Delta Work.

A former Grade 1-winning novice hurdler at Aintree over three miles, Santini was workmanlike on his return the racecourse, as he narrowly edged out Now Mcginty in a Listed event at Sandown Park, but the Seven Barrows in-mate is all about stamina and the test of Cheltenham is sure to play to his strengths. He put up a bold effort in last year's RSA, but was just outclassed on the day. Henderson is hoping to send Santini to the Cotswold Chase at Cheltenham on Trials Day, and with his home work impressing Henderson there's every chance he could secure his Gold Cup spot, and the current value of 10/1 with most firms could be long gone.

While the lightly-raced eight-year-old Santini can continue to improve as the season goes on, Delta Work, who was just over a length behind him in the RSA last season, has shaped impressively out of the novice sphere, and he put up a career best effort when beating Monalee and the aforementioned Kemboy in the Savills Chase at Leopardstown over Christmas. The 2018 Pertemps Final winner likes visiting the Gloucestershire track, and he could be another emerging chaser to shine bright on Gold Cup day.

Former winner Native River is another potential shot fired by the Tizzard gun, and he returned to the track in fine style when winning the Many Clouds Chase at Aintree, but he struggled to emulate his 2018 win in last season's Gold Cup and can be ignored in a race awash with imponderables at the moment.

However, with two months to go the ante-post selection is Santini, with Lostintranslation chasing him home and last year's champion Al Boum Photo completing the 1-2-3.