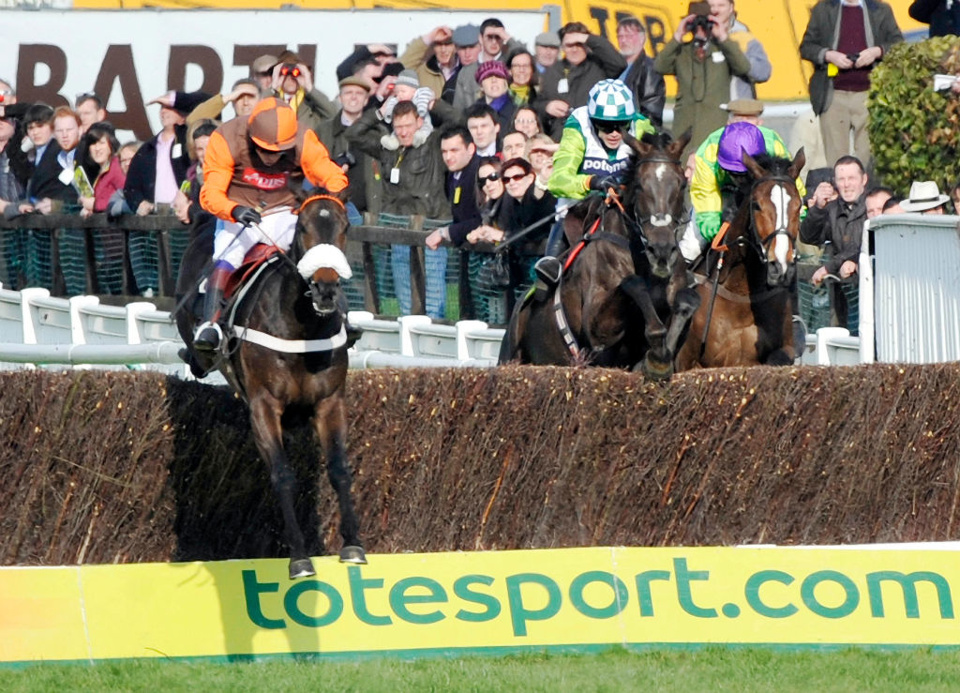 At this time of uncertainty in the horse racing world with coronavirus decimating the equine action across the UK & Ireland, we have elected to remember fonder times and throwback to the legendary 2011 Cheltenham Gold Cup, which saw Long Run claim glory in the showpiece event at the Cheltenham Festival, writes Steve Chambers.

It had been a luckless festival for Nicky Henderson prior to Cheltenham Gold Cup day in 2011. Four seconds on the opening day of the meeting for the master of Seven Barrows were followed by another brace of winless days on the Wednesday and Thursday. However, the legendary National Hunt trainer catapulted back into the limelight on the Friday as he first watched Bobs Worth outclass his rivals in the Albert Bartlett Novices' Hurdle, while less than an hour later Henderson saw his young, precocious six-year-old Long Run defeat two of the greatest chasers of the modern era in Denman and Kauto Star to land Cheltenham Gold Cup glory.

Winner of the 2010 Cheltenham Gold Cup, the Nigel Twiston-Davies-trained Imperial Commander was bidding to emulate the mighty Best Mate by winning back-to-back renewals of the feature steeplechase of the festival, so Long Run not only had to get the better of dual winner Kauto Star (won in 2007 and 2009) and Denman (2008 winner), but also the reigning champion in Imperial Commander, so the stage was set for an absolute thriller. And it didn't disappoint!

With the main protagonists keeping their powder dry in behind early leaders Midnight Chase and China Rock through the first circuit, it was Ruby Walsh on board Kauto Star, who was first to take the initiative as he jumped to the front as they went out for their final lap. However, in behind, Imperial Commander, Long Run and Denman were not letting the legendary veteran out of their sights, as the cream began to rise to the top, and the rest of the field began to find life tough as the pace continued to rise.

Coming down the hill, Kauto Star was joined by reigning champion Imperial Commander with Denman being pushed along by Sam Thomas in behind. However, Denman - a horse dubbed 'The Tank' - was never going to give up, as he looked to recapture his Gold Cup crown. But, as the old guard began to unleash their challenge, amateur jockey Sam Waley-Cohen was beginning to get busier in the saddle on board Long Run, and the six-year-old was answering his jockey's urgnings. Earlier in the season, Long Run had caused a shock in the King George VI Chase at Kempton Park, as the youngster beat odds-on favourite Kauto Star to show that there was a new kid on the block and he was ready to inflict more damage here.

Which races from 2011 would you like us to show on the The Racing Years on Monday? Email studio@racingtv.com with your requests! https://t.co/imWmnChEVh

Four fences from the finish, Imperial Commander was the first to falter as he made a shuddering mistake, which ultimately put paid to his chances, as he began to go backwards. With the Prestbury Park atmosphere now at boiling point as the field headed to the third last fence, what was to happen now could arguably be the finest 90 seconds of horse racing in recent times.

Denman was finding plenty for Thomas and he came upsides Walsh and Kauto Star, and the pair jumped the third last fence together to a cacophonous roar from the stands, but stalking the Ditcheat duo was Long Run, who was waiting to pounce on the pair. As that trio went a length clear of fourth-placed What A Friend, Denman and Kauto Star maintained a slight advantage over the young pretender, but approaching the final two fences, the youthful legs of Henderson's hero were just going that little bit quicker than that of the battle-hardened duo of Denman and Kauto Star, who were sitting ducks as they jumped the penultimate fence.

Between the last two obstacles, Waley-Cohen pulled Long Run outside the Nicholls pair and quickened impressively to surge a length clear of the brave veterans, and a fine leap at the last put the race to bed and Long Run went on to win one of the great Cheltenham Gold Cups by seven lengths with Denman outstaying Kauto Star to take second for the third time in this race, while Kauto Star just held on for a gutsy third.