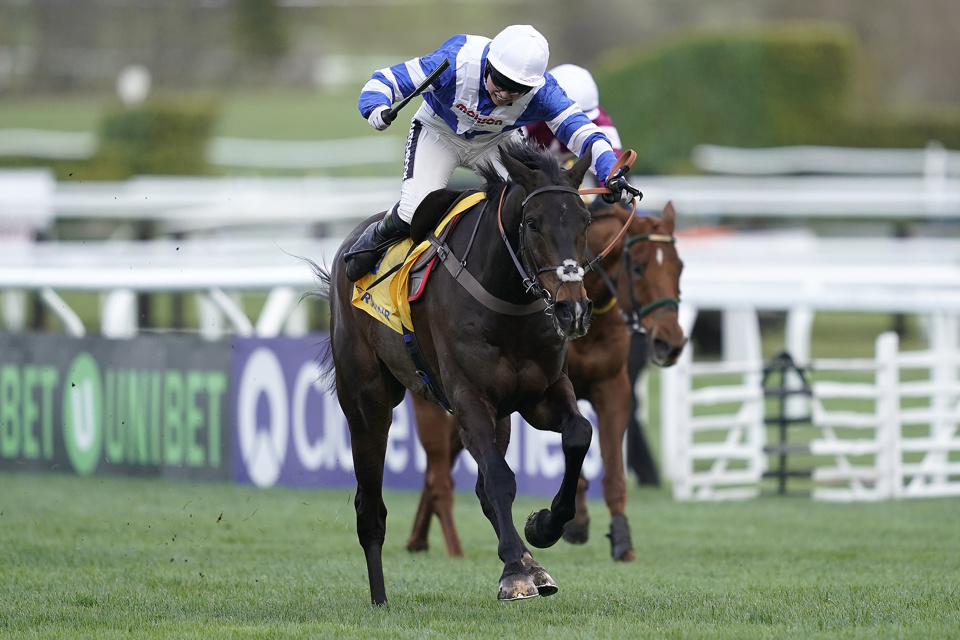 Frodon won the Old Roan Chase in 2018 before going on to win the Ryanair Chase.

Nick Seddon takes a look at Sunday’s card at Aintree, which has a habit of throwing up some early season clues for the big Festivals next spring…

This race is regularly won by a smart novice, including last year’s winner Imperial Alcazar, who went on to rather controversially have a victory in a listed contest taken off him in the Stewards’ room at Cheltenham on New Year’s Day. The likes of Stoney Mountain and On The Blind Side have also won this of late, and this year’s eight-strong field is headlined by the Paul Nicholls-trained Danny Kirwan.

A half-brother to the Champion Bumper runner-up Appreciate It, Danny Kirwan is winless in three starts over timber, but showed some smart form when second in the Grade 2 Supreme Trial at Ascot last December. This looks a good opportunity for him to kick on this term, though the Colin Tizzard Killer Kane is a fascinating rival on British debut. He changed hands for £300,000 after winning a point-to-point in Ireland and is a half-brother to the high-class Grade 1 winner Go Native.

Veterans’ races are popular with National Hunt fans, as they are regularly chock full of recognisable names, and this race can often act as starting point for runners with hopes of taking their chance in next year’s Grand National - and it would be no surprise if several return here for the Becher Chase in December.

One horse who seems almost certain to follow that path is course specialist Vieux Lion Rouge, who’s appeared here on no less than eight occasions to date. He isn’t the force of old nowadays, but is back down to the mark which saw him win a similar event at Chepstow 12 months ago, while Vintage Clouds is a regular in valuable handicaps on the northern circuit. Other possibles include the evergreen 13-year-old Perfect Candidate and the 2015 RSA Chase winner Don Poli. He’s shown very little under Rules since being bought by Darren Yates in 2019, but has won two points in the past 12 months and takes his chance off a mark of 132 - some 25 lb below the figure he took his chance on in the 2019 Grand National.

The Old Roan has been won by the likes of Kauto Star, Monet’s Garden, Albertas Run and Frodon this century, and the headline name this year is the Grade 1-winning novice Itchy Feet, who unseated in the Marsh Novices’ Chase in March. He’s interesting off an opening mark of 154, and will surely have his eye on some of the premier events this year, while fellow graduate Midnight Shadow brings Grade 2-winning form to the table.

Oldgrangewood was a progressive type for the Skelton team last year and is worth a market check, while a forgotten name is the 20/1 outsider Yorkhill. It seems a long time now since Yorkhill was sealing a second straight Cheltenham Festival success in the the 2017 JLT Novices’ Chase for Walsh and Mullins, and he makes his first start for Sandy Thomson since changing hands. He’s still only a ten-year-old, though a mark of 148 leaves little room for error on stable debut.

This race served as the first stop on Paisley Park’s remarkable rise to Stayers’ Hurdle glory in 2018, and was won by the useful performer Stoney Mountain 12 months ago. There is an interesting mix of candidates this time around, including Clyne, a regular at Graded level who is now 4 lb below his last winning mark. Voix Du Reve was a Grade 1-winning chaser for Willie Mullins as recently as April 2019, and it will be interesting to see how the eight-year-old fares on his first start for Iain Jardine, while the 2018 County Hurdle winner Mohaayed is another who’s now a good way below his last winning mark.

However, they may all struggle to keep tabs on French import Monte Cristo. He made two starts in juvenile contests at the beginning of the year upon switching to the Nicky Henderson yard, including when fourth on British debut in a Grade 2 contest on Cheltenham Trials Day in January. He justified short odds when getting off the mark in a low key affair at Newbury the following month, and is capable of any amount of improvement off an opening mark of 136.

Monte Cristo justifies cramped odds, getting the job done for @sevenbarrows & @Dazjacob10 in the second contest of the day at @NewburyRacing

We finish the card with a mares’ bumper, which was won by the subsequent dual Grade 1-winning chaser La Bague Au Roi back in 2015. Four of the 11-strong field arrive here on the back of a debut success, including the Anthony Honeyball-trained Windswept Girl, who was an emphatic 13-length winner at Taunton in February. Stablemate You Caught My Eye hasn’t been seen since winning an event in good style at Uttoxeter in July 2019 but is another to note, while Fergal O’Brien boasts an excellent record in these races and his mare Hunny Moon ought to build on her debut success at Stratford in March. Meanwhile, the debutant Elle Est Belle catches the eye on paper and is one to track in the market for the Skelton team. 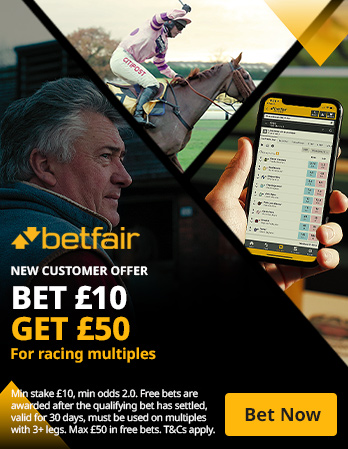