Road To Cheltenham: Faugheen is still a machine 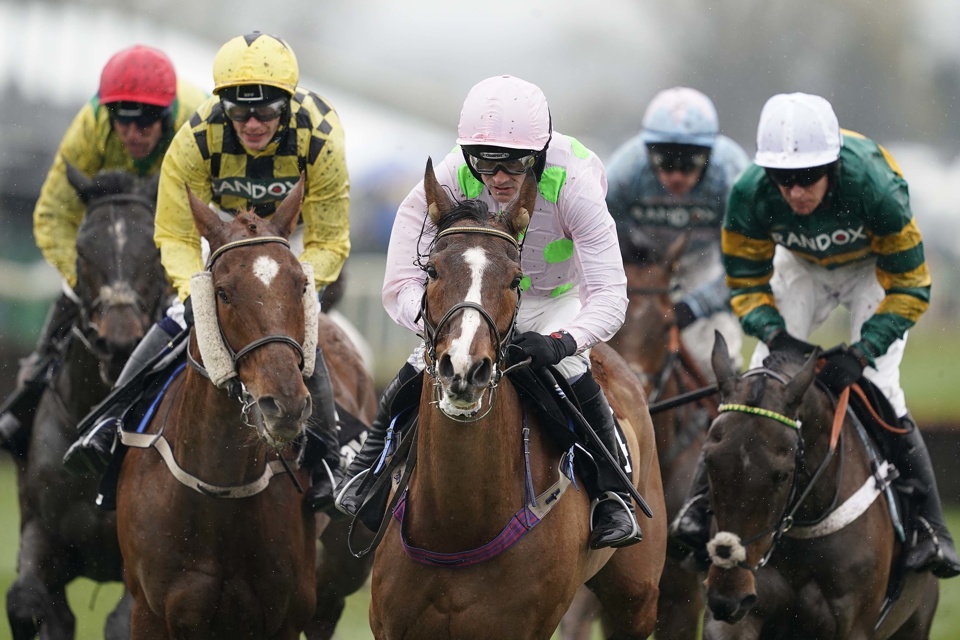 The 11-year-old Faugheen made a winning start over fences at Punchestown on Saturday.

In the latest edition of her weekly series, Cathryn Fry recaps all of the action on both sides of the Irish Sea at Punchestown and Cheltenham, and looks at what it might mean in terms of next year's Festival...

It’s hard to know where to start when looking back at a weekend where the action on both sides of the Irish Sea made for essential viewing. However, it is fitting that we start with our very own Kerry Lee, whose Happy Diva gained redemption from 12 months previous, to take the feature race of Cheltenham’s November meeting; the BetVictor Gold Cup.

Happy Diva was travelling like a dream in the 2018 renewal, before being brought down at the fourth last, and victory on Saturday was a sweet recompense. The race proved to be tough work in conditions which had led to Friday’s card being abandoned, and only eight of the 17 runners finished. Happy Diva showed great heart to fend off the determined challenge of Brelan D’as, holding on by a neck to the absolute delight of her connections. The Cheltenham winners’ enclosure is rightfully a place of celebration, and the scenes after this particular victory epitomised what National Hunt racing is all about.

Earlier on Saturday, we had been treated to the return of Faugheen (The Machine) in the beginners’ chase over at Punchestown. As the Cheltenham screens switched to the action in County Kildare, we gathered to watch the former Champion Hurdler; nerves were jangling!

We gasped at the mistake that saw jockey Paul Townend reaching to regain his irons, then watched in silence as he seemingly started to drop away. As the familiar white face gained momentum on the inside, the noise from the watching crowd grew. We cheered him home and marvelled at his bravery, as he came home seven and a half lengths in front. Faugheen will now head to Limerick’s Grade 1 Greenmount Park Novice Chase at Christmas, and the only thing we all want to see from that outing is him home safe and sound - though if he wins that contest, thoughts inevitably turn to March. At his age (11 rising 12) it’s very much one day at a time. He owes us nothing, yet still continues to make us smile – what a horse.

Age is but a number - almost 12 and winning on his debut over fences. https://t.co/2I2Y9OjZXZ

Also on Saturday, Allmankind put in a mighty performance to win the JCB Triumph Trial Juvenile Hurdle, when despite running keen and free all the way, he still found more up the hill. To go that hard in desperate conditions whilst losing a shoe is pretty impressive, plus jockey Harry Skelton had a hard time pulling him up after the line. It's unbelievable that there was still plenty left in the tank after that display, and he is one to keep an eye on.

Back in the Emerald Isle, it was Saldier that prevailed in the Morgiana Hurdle, turning over last season's Supreme Novices’ Hurdle winner and stablemate Klassical Dream in the process. It was Saldier’s first run since breaking his nose in the 2018 edition of the Fishery Lane Hurdle at Naas, and on that occasion, he was travelling all over a subsequent Champion Hurdle winner, in the form of the ill-fated Espoir D’Allen. It’s far too early to write off Klassical Dream, as he was very keen throughout, but Saldier now heads the market for the 2020 Champion Hurdle.

I could write forever on all that we saw at the weekend; Thyme Hill proved once again that he is a very smart horse in winning the Ballymore-sponsored Hyde Novices' Hurdle, and his ticket is firmly booked for March. Ground permitting, it will be either the Ballymore Hurdle or the Albert Bartlett Hurdle for him. Meanwhile, Put The Kettle On literally jumped right into the Arkle market in winning the Arkle trial on Sunday afternoon. The five-year-old mare beat the more-fancied pair of Al Dancer and Getaway Trump, and her victory was sealed with a mighty leap at the second last - a success which was all the more impressive considering that she was very buzzy in the parade ring beforehand.

They couldn't catch her! 😮

Soon in front after a big jump at the first, once she got into a rhythm, the rest could never quite get on terms.

In the very next race on Sunday, the beautiful Defi Du Seuil saw off Politologue to take the Grade 2 Shloer Chase. Already a dual festival winner, he now heads to the Tingle Creek at Sandown, and his choices for the Cheltenham Festival are either the Champion Chase or the Ryanair - though again, that decision will be dependent on the ground.

All eyes are fixed on next weekend - will we see Altior at Ascot to take on Cyrname in the 1965 Chase? Or, will he tackle three miles for the first time in the Betfair Chase at Haydock? Either way, it will be essential viewing.