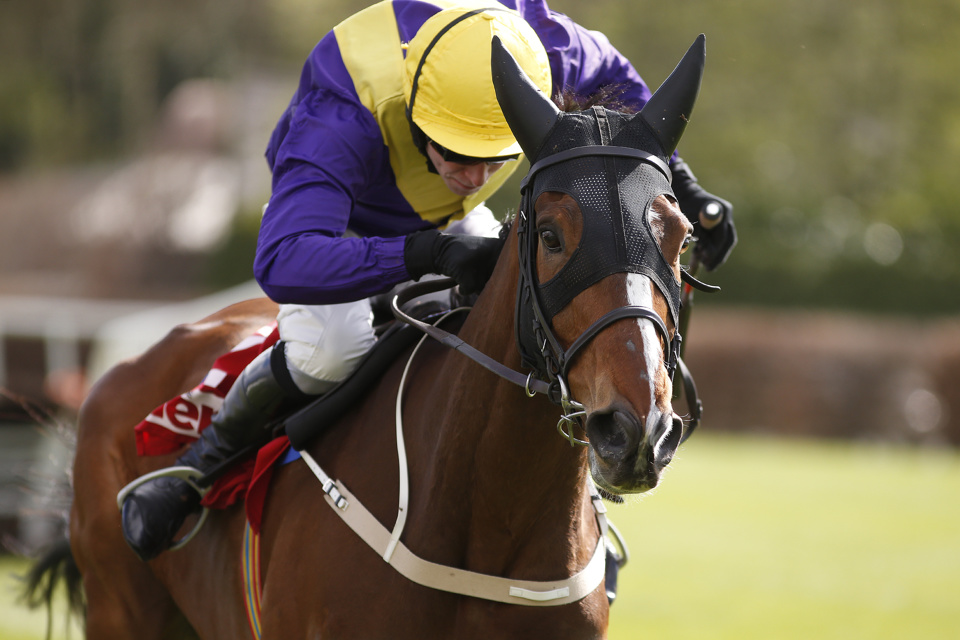 Cilaos Emery returns to hurdles at Gowran Park on Saturday.

Stellar Red Mills Chase on the cards at Gowran

The sand is beginning to run out in the Cheltenham Festival countdown egg timer but there is still time for this weekend to offer one or two clues.

The action looks particularly appealing in Ireland with some top-class sport to take in. Gowran Park is the focus on Saturday with the Grade Two Red Mills Chase taking centre stage over two miles and four furlongs.

Champagne Fever, Our Duke and Monalee are just three recent winners of this famous contest and it is once again shaping up to be an excellent renewal. Real Steel caught the eye when beating Footpad in some style last time out at Thurles and could use the Gowran contest as a springboard to a tilt at the Ryanair Chase at Cheltenham next month.

Stablemate Bellshill also holds an entry for the Red Mills Chase as connections decide what route to take with their former Irish Gold Cup winner.

Chris’s Dream, Death Duty and Darasso are just three more potential runners at this stage of the week which could mean we get a potential classic this weekend. The Grade Two race may not hold the highest place on the jumps calendar but if it is clues for the spring you are after; it might just prove to be packed full of juicy information.

Cilaos Emery a fascinating entry in the Red Mills Hurdle

The same Gowran card also features the Red Mills Trial Hurdle over two miles as we get to see some interesting horses take their chance in what is likely to be testing conditions.

It certainly doesn’t appear to be a stellar renewal of a race won by the likes of Solwhit, Hardy Eustace and Un De Sceaux in the past, but the name of Cilaos Emery on the entry list did take many by surprise.

The Willie Mullins-trained inmate had been fancied by some to take a high order over fences this season, but having fallen last time out it appears as if connections are considering sending the horse back over the smaller obstacles. The eight-year-old was a Grade One winner as a novice hurdler at Punchestown back in 2017 and that ensures it will make for compulsive viewing should he take up this engagement on Saturday.

This could either be used as a confidence booster before going back over fences at Cheltenham next month for the Champion Chase or maybe, just maybe, a big run from the horse here would see connections consider supplementing the animal for what looks like a terrible edition of the Champion Hurdle.

One to keep an eye on.

It's a comfortable victory for Cilaos Emery in the Grade 3 Poplar Square Chase at Naas for Paul Townend https://t.co/xfVbP7XytY

The Tiger to return at Navan

No horse has been in the news this week more than Tiger Roll and that will continue Sunday with the legendary Gordon Elliott-trained superstar finally set to make his seasonal debut.

Gigginstown House Stud have predictably thrown their toys out of the pram following the announcement of the weights for the Grand National this week with the two-time winner set to carry top weight he bids for the hat-trick.

It is simply unthinkable (barring injury) that Tiger Roll wouldn’t turn up at Aintree given the ease with which he won in Liverpool last year but worryingly that is the message coming out of team O’Leary at the moment.

Either way, it looks as though the Boyne Hurdle at Navan this weekend is the target following one or two setbacks this season. The ten-year-old won the Grade Two last term in lovely style but first time out it might prove to be a tougher task, especially with the likes of Apple’s Jade, Penhill and Magic Of Light all as potential opponents.

The Cross Country Chase at Cheltenham will be the next target on the road to Aintree, but for now we need to see Tiger Roll back to full health and on the course in the Boyne.

Any chance to see one of the most famous horses in training should be savoured so make sure you don’t miss the action at Navan.

Dallas Des Pictons has not perhaps shone in the way many thought he would this winter, but punters can be rest assured that this is a horse being aimed at Cheltenham.

The seven-year-old went close at Prestbury Park last year when finishing second in the Martin Pipe and there is no doubt that connections will be looking for him to once again peak on the big day. A crack at the four-mile National Hunt Chase looks the most likely target for a horse who also features in the ante-post betting for the RSA Chase, the Marsh Novices’ Chase at the Grand National this spring.

There are a clearly a plethora of options open to a seven-year-old that surely has a big win in him at some stage, but first we could see him have one final prep run in the Ten Up Novice Chase.

The Grade Two affair in heavy ground will take some getting but the Gigginstown-owned horse is clearly an interesting prospect with those potential targets in mind and how he performs at Navan on Sunday could go a long way to deciding which path he takes.

Cheveley Park Stud are of course better known for their exploits on the Flat, but the famous ownership group have dipped their toes in the national hunt waters recently, and with great success.

Malone Road and Envoi Allen have worn the colours to victory over the past 18 months and connections will be hoping that Ballyadam could the latest in that illustrious list. A son of the great Fame And Glory, Ballyadam could be set for his rules debut at Navan this weekend having been entered for the bumper at the six-day stage.

An impressive winner between the flags in Ireland, Ballyadam was purchased for an eye-watering £330,000 at the sales back in November and there are clearly high hopes for the latest big name signing to join the Gordon Elliott squad.

He is a best price of 20/1 for the Champion Bumper at Cheltenham at the time of writing, despite only having that one run and win in the P2P sphere. That could be a tip in itself with punters hoping they have found the next superstar of the jumps game, but that faith could be tested for the first time this weekend If he does indeed turn up at the County Meath venue.