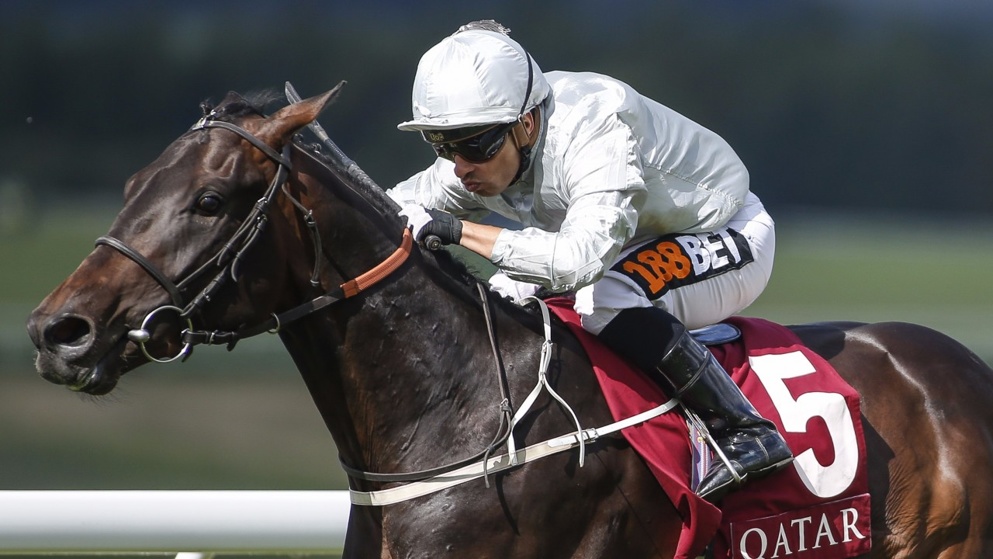 Steve Chambers puts another Ascot Gold Cup contender under the spotlight in our series, and profiles 2019 runner-up Dee Ex Bee, who is bidding to go one better in the 2020 renewal.

A winner on debut at Goodwood, Dee Ex Bee could only record one more success during his juvenile career - which came in a Conditions event at Epsom Downs on his penultimate start, where he got the better of Move Over. A final start in his two-year-old campaign saw him lock horns with Aidan O'Brien's Kew Gardens in the Zetland Stakes at Newmarket, but it was the Ballydoyle runner that got the better of him, and that pair are set to clash again in the Gold Cup.

Already rated in the high 90s heading into his three-year-old campaign, Dee Ex Bee found it tough to get his head in front, and while his rating surpassed three figures, he was unable to land victory in a Listed event at Epsom or in the Chester Vase. However, it would be his gutsy performance in the Investec Derby at Epsom that catapulted him to new heights. Sent off a 20/1 shot for the prestigious classic, Dee Ex Bee ran an absolute stormer, but was just outclassed by Masar and had to settle for second place.

A model of consistency, Dee Ex Bee was unable to play a starring role in the Irish Derby, before being beaten again by Kew Gardens in a Longchamp Group 1 contest. Third behind Cross Counter in the Gordon Stakes at Glorious Goodwood, Dee Ex Bee's losing run continued in his final start of the season, as he finished fourth to Kew Gardens in the 2018 St Leger at Doncaster.

Sent off a short-priced favourite for the 2019 Sagaro Stakes at Ascot, Dee Ex Bee - now four - returned to winning ways in the staying event at the Berkshire venue, and it would prove to be a sparkling performance for the horse, who was still under the stewardship of Mark Johnston. A return to Ascot a few weeks later saw him claim a comfortable win in the Henry II Stakes, before he was toppled by reigning Gold Cup hero Stradivarius in the 2019 renewal, but a second-placed effort produced arguably a career best.

A season that saw him often chasing the tail of Stradivarius, Dee Ex Bee finished second to John Gosden's winning machine in both the Goodwood Cup and Lonsdale Cup, while he ended the season finishing a disappointing third in the Prix du Cadran.

Switched to the yard of Salem bin Ghadayer, Dee Ex Bee has suffered two defeats at Meydan and Riyadh, but is now likely due a return to Ascot to take on old foes Kew Gardens and Stradivarius in the 2020 Gold Cup.

Stradivarius and @FrankieDettori win the 2019 Gold Cup at @Ascot 🏆

Stamina: With a brace of Group wins over two miles, Dee Ex Bee has shown his finest attribute is his ability to stay, so the extreme stamina test of a Gold Cup should see him at his very best.

Course Form: A winner of the Sagaro Stakes and a runner-up in the Gold Cup just highlight Dee Ex Bee's ability to perform to a high level at Ascot. Set to make his third appearance at Ascot in the middle of June, Dee Ex Bee will hope to show his class at the Berkshire racecourse again.

Rivals have his measure: Having suffered three defeats to Stradivarius last season, and two to Kew Gardens during his three-year-old campaign, Dee Ex Bee's biggest negative could be his opposition, as he has form to find with two of the market leaders, and it's going to be tough to see him reverse the form in the 2020 Gold Cup.

Struggles to win: He may have a lofty rating, but Dee Ex Bee has often been the bridesmaid in many of his races. With only four wins in 20 career outings, Dee Ex Bee's lack of ability to get his head in front could see many punters avoid him in the big race, and that's why he's available at double-figured prices with the bookmakers.

Runner-up last season, Dee Ex Bee has failed to fire away from British soil during 2020, but a return to Ascot should see him at his very best. However, his best performance may still prove to not be enough to land a significant blow in the 2020 Gold Cup, as he has often found Stradivarius and Kew Gardens too good for him, and that could be the case again at the Royal meeting.

Verdict: Fighting it out for place money