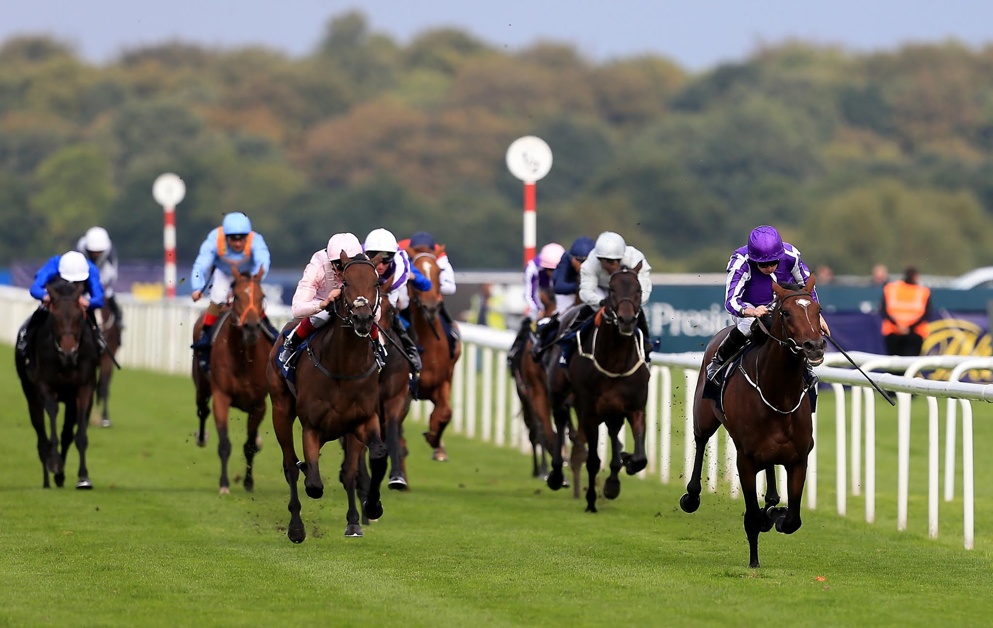 Having broken his maiden tag at Killarney on his second start, Kew Gardens was quickly earmarked as one of the potential new stars to emerge from Aidan O'Brien's yard, but he was unable to deliver the goods in Group company as a juvenile, as he was only fourth in the Group 2 Beresford Stakes. However, the son of Galileo ended the 2017 campaign on a winning note as he won the listed Zetland Stakes at Newmarket.

Heading into his three-year-old campaign, he was sent off an odds-on favourite for the Lingfield Derby Trial, but could only finish second to Knight To Behold. O'Brien then elected to send Kew Gardens to Epsom for the Investec Derby, but sent off a 16/1 shot the Ballydoyle raider could only finish ninth of 12. Upped in trip for his next start, Kew Gardens quickly showed his love for a stamina test as he stormed to victory in the Queen's Vase at Royal Ascot, while a month later he tasted Group 1 victory in the Grand Prix de Paris at Longchamp.

During a busy campaign in 2018, the Great Voltigeur Stakes at York was his next test, but he could only finish third, however, he launched back into the limelight with a stunning victory in the St Leger at Doncaster. The classic winner was then sent off a meagre 7/1 chance for the 2018 Prix de l'Arc de Triomphe, but the Irish contender was no match for Enable, who blitzed her rivals and Kew Gardens could only finish seventh of 19.

Touted as one of the most exciting four-year-olds in 2019, Kew Gardens often hit the post at the highest level as having been beaten in the Ormonde Stakes at Chester, when sent an odds-on favourite, he could then only finish runner-up to Defoe in the Coronation Cup at Epsom Downs in June. Second in the Irish St Leger continued his frustrating season, but O'Brien's class act ended his campaign with a fine victory over dual Ascot Gold Cup hero Stradivarius in the Long Distance Cup on British Champions Day to show that he is most certainly one of the premier stayers in training.

Kew Gardens wins a thriller on the nod!

The winning streak for Stradivarius is over after Kew Gardens clings on for a stunning famous win in the Champions Long Distance Cup!

Course Form: Kew Gardens has a perfect 100% record at Ascot having won both the Queen's Vase and Long Distance Cup at the Berkshire venue, so a return to the track in mid-June should see him produce his best once again.

Trainer: It may be stating the obvious that having Aidan O'Brien as your trainer is a positive, but the master of Ballydoyle has a spectacular record in the Ascot Gold Cup having saddled the winner on seven occasions. Yeats was the star in five of those victories, but while Kew Gardens may not be in the same league as that Irish sensation, he is a horse that could well relish the stamina test of the Gold Cup, and O'Brien will have him fully tuned up for his challenge.

First Run Of The Season: Despite having won some big races during his career, Kew Gardens has a poor record first time out, and has failed land a victory in any of his comeback runs. Appearing to be at his best after a few prep runs, Kew Gardens could well improve as the season progresses, but O'Brien will be hoping his class can see him be a contender in a fascinating Gold Cup.

Stamina: Despite winning a St Leger earlier in his career, Kew Gardens still has to prove that he will stay the extreme distance of a Gold Cup, as he not raced over two miles in his career. With 2m 4f to deal with at Royal Ascot, the son of Galileo will be heading into unknown territory as they turn for home, so it will only be then will we know if he can outstay the likes of Stradivarius or Cross Counter.

How will Kew Gardens fare in the 2020 Ascot Gold Cup?

His defeat of Stradivarius in the Long Distance Cup showed that the reigning Gold Cup hero isn't unbeatable, but Kew Gardens has to show that he can frank that form with John Gosden's superstar, and while there's no doubting he has the class to prevail at Royal Ascot, his lack of victories on his first time out leaves a nagging doubt over whether he can claim victory.

Entitled to be prominent in the betting, Kew Gardens could be one to watch later in the season, but can't be discounted.

Verdict: A lively contender to Stradivarius