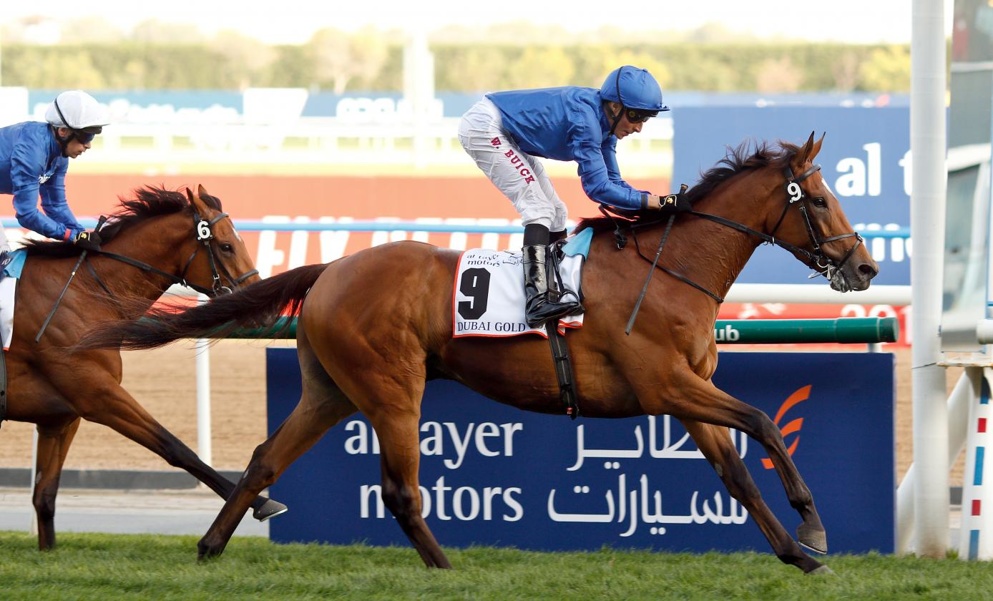 Cross Counter is aiming to turn the tables on Stradivarius in the Gold Cup.

Nick Seddon runs through the card on the Day Three of Royal Ascot, which is headlined by the Group 1 Ascot Gold Cup...

We kick off Thursday's card with one of the new races on the schedule, an 18-runner handicap for three-year-olds over a mile and a quarter. It's possible to make a case for several, though it could be worth siding with the Richard Hughes-trained Maori Knight each-way.

He's progressed well in his four starts to date, getting off the mark in really good style over a mile at Chelmsford in February, before just getting edged out by a similarly progressive type over this trip at Haydock Park earlier this month. He's able to line up off the same mark here, and bearing in mind that there could be more to come from him yet on just his fifth outing - and his second try at this trip - he offers plenty of value at around the 10/1 mark to hit the frame at the very least.

It remains to be seen whether we'll see a winner as a classy as last year's hero Addeybb, though there are some interesting types lurking. The form of last season's Epsom Derby has been knocked by plenty, though Sir Dragonet makes plenty of appeal here.

He was an excellent fifth at Epsom, and while he hasn't won since striking in last season's Chester Vase, he's capable of very smart form on his day. Indeed, there were conceivable excuses for his last two defeats in the St Leger (stamina stretched) and on reappearance at Naas in March (unsuitable ground), and bearing in mind that his connections will be eyeing up assignments in Group company this year, he's fancied to show his class by taking a notable step forward here.

It's very difficult to look past the impeccably bred King Leonidas, who can take the step up into Group 3 company in his stride. He's the least experienced runner in the field with just the two starts to date, but he's looked an excellent prospect in winning two novice contests in good fashion at Newmarket so far.

The latest of those came over a mile earlier this month, and while this represents a sizeable step up in class, he doesn't have an awful lot to find on the bare form with those who set the standard. Indeed, there should be plenty more to come from him yet for his top connections, and with the drop back to seven furlongs holding no fears, he can win this on route to bigger and better things later in the season.

Up next is the second juvenile race of the week, and like with Wednesday's Windsor Castle Stakes, we have less form than usual to deal with. Each of the nine-strong field do at least arrive here on the back of a run, and three made the perfect start to their careers; Modern News, Bright Devil and First Prophet.

The last-named was very much learning on the job when making a winning start over this trip at Newbury last week, but there was plenty to like about the way he travelled through the race, and he could be ever-so-slightly sneaking under the radar in terms of his position in the market for the Charlie Fellowes team, with some powerful yards in opposition. He faces a rather quick turnaround here, but he ought to know his job much more second time up, and he could be worth chancing to be shrug that off bearing in mind that there ought to be plenty more to come from him yet.

With Kew Gardens missing, Stradivarius is a short price to win this for the third year running. He will arrive here fit after a solid run to finish third behind Ghaiyyath in last week's Coronation Cup at Newmarket, though there's just a lingering feeling that there are conceivable chinks in his armour now that he's into his fifth season, and there's certainly a case to be made that he is at his most vulnerable when suddenly asked for a change in gear. It will take a top-class rival to do it, though there could be more to come from his old rival Cross Counter this season.

The 2018 Melbourne Cup winner finished behind Stradivarius on two occasions last term, including in this, though there were valid excuses for those defeats, with neither races run to suit his style. It may not pan out perfectly for him once again here, but he's an admirably consistent type, and he could yet find more on just his second try at this trip. His price seems more than fair at around the 9/1 mark at the time of writing, and it could be worth siding with him to turn the tables on Stradivarius.

Another painstakingly difficult puzzle to solve, as 25 three-year-olds head to post for a handicap over Ascot's straight mile. This column has overused the following phrase already this week, but it's possible to make a plausible case for plenty, and it could be worth keeping faith with the Qatar Racing colt Enemy.

Admittedly, he let down his supporters when a beaten odds-on favourite on reappearance at Yarmouth earlier this month, though he was visibly green that day, and stayed on all the way to the line. He should have learned plenty from that experience, and it's worth noting that Oisin Murphy pinpointed the colt as one of the horses he was most looking forward to when speaking to our HorseRacing From Home Podcast during lockdown.

Indeed, his effort to win on debut at Ascot last September was an encouraging one, and his opening mark of 89 may well underestimate him. A 420,000 guineas purchase as a yearling, he's impeccably bred (half-brother to Magic Wand amongst others), and with Murphy booked to ride, he can quickly progress through the handicap ranks.

Things get no easier in the finale, and we have an 18-runner handicap to solve over Ascot's straight mile. Like the Britannia before it, this is chocked full of improving types, though it's very difficult to find a reason to oppose African Dream. She's been well found in the market even at the time of writing, but this 220,000 guineas yearling is a well-bred type (half-sister to several winners), and was a game winner on her second start at Lingfield in March.

She ran well when second behind another good prospect at Newbury off highly unfavourable terms last week, and with the extra furlong likely to suit, she can take advantage of an attractive opening mark of 80 for her top connections.

Royal Ascot Gold Cup Runners: Stradivarius the one to beat